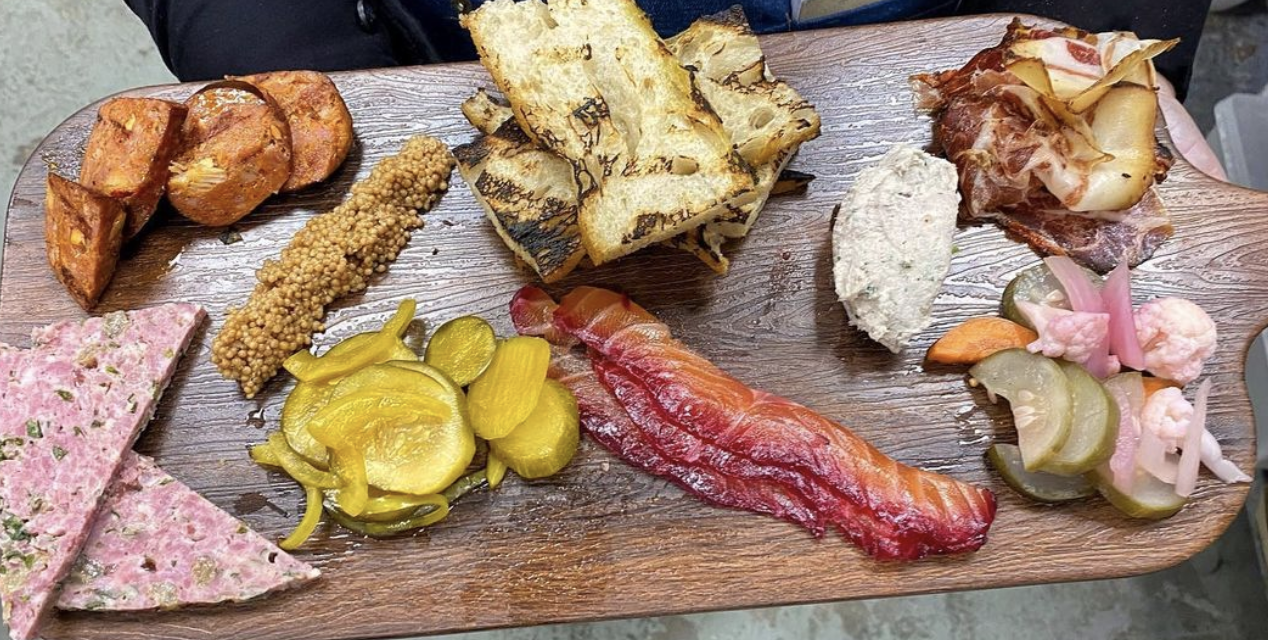 The best-laid plans of mice and men often go awry.

Just ask Chris Cronin, co-owner of downtown New Bedford staple dNB Craft Kitchen (aka dNB Burgers), and the newly opened Union Flats Seafood Co. I recently had a chance to do that very thing and asked him about the new seafood restaurant his team is bringing to the Southcoast. Chris and I talked about a ton of things, and he had a lot to offer on various topics. I only wish that we had more time and a lot more space (I’ve already stretched this 500-word article into slightly over 800) to share a peek behind the scenes of the finally-opened Union Flats Seafood Co. 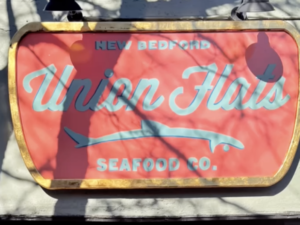 It seems like a lifetime of events have happened since we first wrote about the plans for Union Flats in 2019. The almost two yearlong COVID epidemic that forced many restaurants to close or hibernate, inspired creativity amongst the three co-owners to find new revenue streams to help support their plans. “During COVID, we had to kind of pivot our attention over to dNB (Craft Kitchen). We were doing everything we could to keep the doors open.”

Chris tells me they found their way during the coronavirus lockdown rather organically with initiatives such as baking and selling fresh bread out of the shop, to setting up an entire mini-market replete with freshly prepared soups, breads, and other to-go items. Something they ultimately found success with.

Fast forward to November 2021 and Chris with his partners, Josh Lemaire and Amelia Ruvich have finally had the soft opening for Union Flats Seafood Co. over two years in the making. I asked Chris how he thought the soft opening had been going, he responded that it had been very smooth so far. He attributed that to a no-frills approach.

“We just quietly opened the doors. We didn’t really push it on social media. We were all so focused after two and a half years of working on this project, like, let’s go. Let’s open these doors.”

I asked whether the 2+ year delay was strictly COVID-related or if there were other problems. Chris explained that the building is over 100 years old, and an old building can come with hidden problems. A completely remodeled kitchen, bathrooms, bar area, and dining room PLUS a global pandemic meant extended time was necessary for completion.

I mentioned that New Bedford is, of course, known for its seafood and seafood restaurants and asked what makes Union Flats different from the many existing restaurants. Chris explained that what makes them a unique dining experience is their mission of using only fresh, in-season, locally sourced produce, meats. And, most importantly, utilizing the sustainable seafood that is abundant and native to our waters but hasn’t been traditionally offered in area restaurants.

“You won’t see codfish on our menu, because, you know, there is no codfish left…But there’s other fish in the sea which we intend to use…Our fish & chips uses hake, which you’re starting to see more and more on menus in Boston and New York City, and larger markets.”

Hake is an excellent substitute for the overfished haddock used in most traditional fish & chip plates found at the shoreline seafood stands of coastal New England. Chris and his team’s take on sourcing sustainable fish for their restaurant is an excellent example of small businesses solving global warming-related supply chain problems. Local chefs and small restaurateurs will all eventually have to contend with these issues, while still serving delicious and incredibly fresh meals. And it looks like Union Flats is doing a commendable job of figuring it out.

Lastly, I asked if they have had any issues with maintaining staff, like other businesses in the service industry post-COVID. Chris tells me they didn’t and don’t have staffing issues. He says all three owners are very hands-on, and their small staff of employees have been dedicated not only to them but to learning and enhancing their own culinary skill sets.

One of the things Chris told me he had been working on was a delicious sounding pork and lobster chouriço sausage. Expect a lot of special and unique one-off dishes like that, in addition to the traditional favorites like Fish & Chips, coming out of the Union Flats kitchen.

Union Flats is open Wednesday through Sunday, 5:00pm – 12:00am with the kitchen closing at 10:00pm (although Chris tells me they are also working on a menu of bar snacks to offer from 10:00pm – midnight, watch for that coming soon.)

Matthew Daniels is a multifaceted, freelance gun-for-hire with a knack for solving everyone’s problems but his own. Yes, he wrote this bio himself. You can find him on Instagram (@classy_username) or LinkedIn (matthewfdaniels), usually struggling for post engagement.