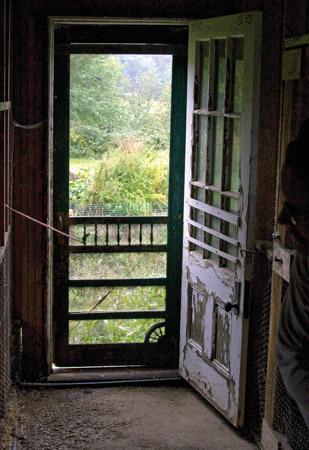 The town of Middleborough did something truly amazing and forward thinking in the 1980s: they voted to keep 120 acres of farmland intact instead of letting it be transformed into yet another housing development. This was the first step in providing not only the town, but also the entire region, with preserved open space for recreation, hands-on kids’ education programs, farm learning, and dedicated agricultural space for organic farmers… just to name a few things that may be happening on any given day at Soule.

The fertile Taunton River watershed land on which Soule Farm is situated supported Wampanoag farmers for many centuries before Plymouth Colony started parceling it out to English ownership in the 1660s. It was then that Mayflower passenger George Soule was deeded the land that would pass down through his family for many generations. His distant 19th-century descendant, Augustus Soule, built the house and barn currently on the property, operating what was one of more than 100 dairies in Middleborough toward the end of the century. (Yes! More than 100 dairy farms in Middleboro alone!) Irene Soule, Augustus’ daughter, married Albert Deane in 1894, and the dairy farm became known as Deane Farm after the elder Soules passed.

When Albert needed help during busy times on the farm, he often called on his trusty neighbor, Colombo Guidoboni. This relationship would not only last a long time but would prove to be very important for the future of Soule as well. Colombo, tiring of his work indoors at a local shoe shop and enjoying his time outside on the farm, decided to become a full-time farmhand at Soule. 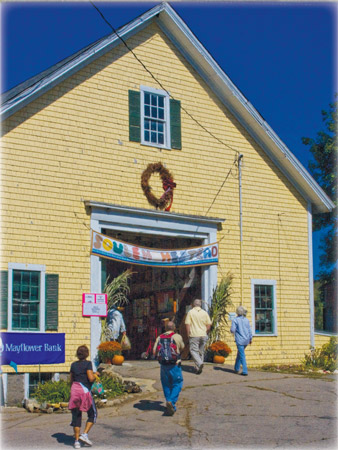 The Deanes thought so highly of Colombo that they left the farm to him and his wife, Doris, when they died. The Guidobonis moved into the farmhouse with their son Donald and his wife, Mary, living in the second-floor apartment (units that are still rented today).

In 1954 the basement of the barn was converted into a modern dairy operation, and they built up a herd of 120 cows by the 1960s. In the 1980s, knowing the dairy industry was in trouble, Donald decided to sell–but to the town, not a developer, and The Soule Homestead Education Center was born.

In their 26th year, Soule is town-owned but not town-funded. The farm survives on program revenue, membership support, grants, and fundraiser events, like their annual Farm-to-Table Dinner in July. Soule Executive Director, Meg Riley, explained the greatness of the event. “Such an amazing night,” she said. “Momentum around farm-to-table dining has been growing, but what makes the Soule event special is all the vegetables and meat that was served came from our fields right here, really highlighting what Soule, and homesteading, is all about.”

This year’s dinner was a “Nose to Toes” culinary adventure, featuring pork raised at Soule by Dave Purpura of Plato’s Harvest, who leases farmland at Soule and hosts tractor hayrides through his fields just before dinner to reinforce the origins of ingredients. 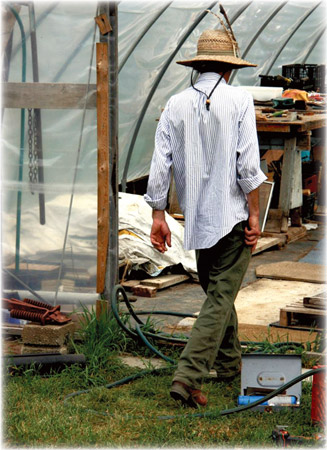 “Aside from the natural beauty of the farm, which the town had the foresight to preserve, Soule offered me the opportunity to launch my farm business, a life-long dream. Over the years the community around me here has been inspiring,” Purpura said. Plato’s Harvest vegetables can be purchased through their CSA or at the Plymouth Farmer’s Market, which Purpura also runs.

Frank Albani, former Executive Director of Soule, also leases land at the Homestead, farming at Soule for his Golden Rule Farm for 21 years.

“I think a lot of people find peace in the homesteading idea. People get a lot of satisfaction by doing things for themselves. I think there is a very healthy spiritual connection when we, as human beings, physically touch the earth. Something as simple as going barefoot for a few hours or planting a few flowers can uplift the spirit and balance the body. Put down the phone, get outside on the farm and breathe a little; it would certainly be time well spent,” Albani said. 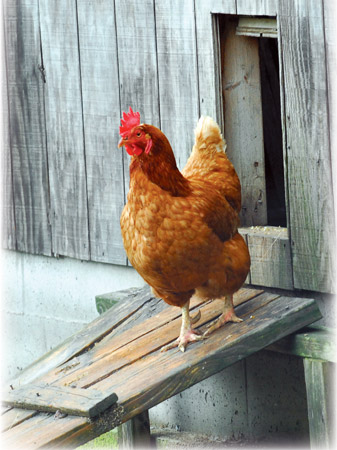 Stepping out for breakfast.

Homesteaders, home gardeners, bird lovers, and nature enthusiasts of all ages can find a multitude of programs taught by like-minded people at Soule, like Intro to Beekeeping, Backyard Chicken Care, and Organic Gardening. Soule has also been fostering community by hosting gathering space for spinners, rug braiders, and quilters who, for years, have built relationships on the serene property.

“Preserving the skills of the past is so important at Soule,” Riley continued. “Mary Guidoboni still runs a rug braiding class here, and the people who attend every week are there for the connections they’ve made with the community as much as for the braiding. That and the desserts!”

There’s also a beekeeper on the property, whose bees pollinate the crops, and Sheep Dog Junction (sheep dog training) who lease land at Soule. It’s those sheep and dogs that are featured during Soule’s Sheep Day event, every spring at the farm. 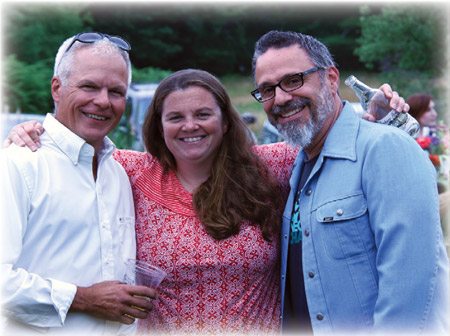 “There may be bigger sheep and wool festivals around, but what we do at Soule is invite the community to watch an event that happens every year at the farm, our sheep getting their haircuts,” Riley explained. “And Andy Rice, who does the shearing, is one of the top shearers around. When I worked at a different farm I could never book Andy because Soule already had him!” Riley said. Soule takes pride in keeping the “old world” tradesmen working.

Riley is also President of the Plymouth County 4-H Board of Trustees and runs a successful 4-H club at Soule. “It’s the perfect spot for a club, a small-scale, welcoming environment where our 4-H kids get to care for and learn about chickens, sheep, and goats on the property, as well as show those animals at the Marshfield Fair every summer,” she said. 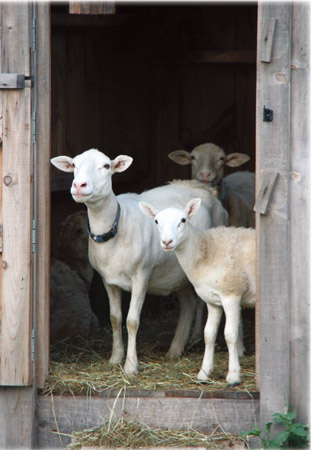 You can check out Soule Homestead for yourself this fall at their annual Harvest Fair and Folk Festival (September 16 & 17, 2017). There will be local food and beverage vendors, hayrides, sheep dog demos, kids games and activities, a silent auction, spinning demonstrations, horse show, and of course music! This year’s acts include The Kennedys, Cosy Sheridan with Charlie Koch, Ari and Mia, and Atwater-Donnelly Trio, among many others.

More than 2,000 kids visit Soule every year from all over Massachusetts and volunteers of all ages help out with the programs. “We had over 7,000 volunteer hours last year, which is quite remarkable. We couldn’t survive without our volunteers,” Riley added.

Maybe your town has some open space to be transformed for the greater good? Go find it! 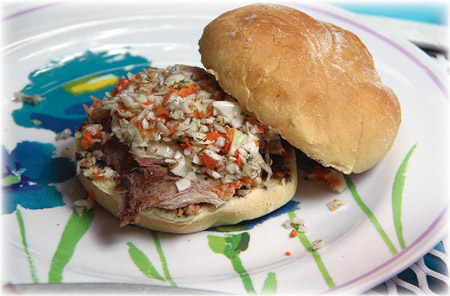 Use an off set smoker or a large kettle grill that lets you cook the meat far from the heat source, which should be hardwood or real natural lump charcoal. Allow yourself plenty of time—6 to 10 hours as a ballpark range—and keep the heat low and slow—around 250 degrees F.

When your fire is about ready, place the pork on a tray and pat it dry. Combine the paprika, red and black pepper, salt, and brown sugar, and rub it thoroughly into the meat.

Place the pork, fat side up, in your prepared grill or smoker. 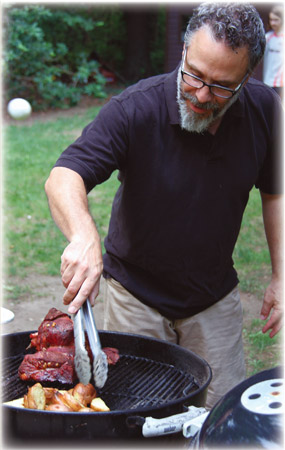 Cook 1 hour per pound or until the internal temperature exceeds 180 degrees for one hour, adding more wood or charcoal as needed. Carefully remove the meat to a tray, and allow to rest at least 15 minutes before using two large forks to pull it into shreds.

While the meat is cooking, make the slaw by tossing all the ingredients together in a bowl and seasoning to taste.

To make sandwiches, toast your favorite rolls on the grill, and pile high!

Mike Gioscia is a drummer, writer, DJ at WZLX in Boston, and the President of The Soule Homestead Education Center in Middleborough.