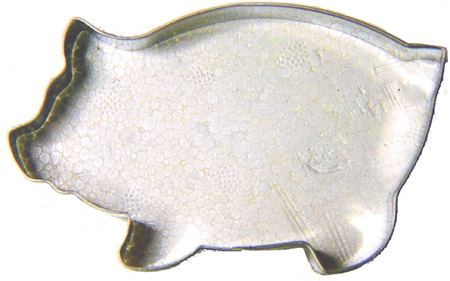 In our summer 2015 edition we explored slaughterhouses, a seldom-discussed link in our food supply chain. In the article, we examined how growing demand for locally raised meat has strained the capacity of Massachusetts’ only two USDA inspected meat-processing facilities. As a result, farmers now face increasingly long wait times to get their animals processed, as well as the added cost and inconvenience of driving long distances to these facilities.

The article “Slaughterhouse 2015” also profiled the efforts of a group then known as the Southeastern Massachusetts Livestock Association (SEMLA) to address the issue. Their goal: to build a state-of-the art processing facility in Westport that adds much-needed processing capacity, provides shorter transportation time for area livestock farms, and meets the highest animal welfare standards. The group had originally hoped the facility, initially projected to cost $4.3 million, would open in the spring of 2016. But, the project was delayed, largely due to funding and rising construction costs.

For the many readers interested in an update, we have good news. Thanks to the hard work and dedication of The Livestock Institute (TLI) of Southern New England, a successor organization of SEMLA, financing is finally in place and construction should begin later this year. TLI president Andy Burnes noted, “It has been a long slog, but we are making progress.” The facility, now projected to cost $7.7 million, should be completed in early spring of 2018.

In July of 2016, the project received a major boost when the USDA Rural Development Community Facilities Program made a $3.7 million loan commitment. Rural Development, a sub-agency of the USDA, provides funds to develop essential community facilities in rural areas. Since the commitment carried a requirement that the loan is made to an IRS approved 501(c)3 nonprofit group, SEMLA formed TLI, which will own and operate the new processing facility. According to Burnes, the funding for the project also benefited from “tremendous support across a broad spectrum of public and private institutions and individuals,” including private donors, foundations, loans from stakeholders, bank financing, and other government grants.

Many of the TLI members are farmers who raise their livestock on pasture, and as Burnes pointed out, “One of the ironies is that farmers who have raised high-quality animals on pasture have had to put them into processing facilities that have not necessarily been able to take advantage of food safety advances.” It was imperative to the group that the new slaughterhouse would process their animals with the same level of care with which they were raised. Designed by engineers working with animal welfare activist Temple Grandin, the barns and handling systems of the new Westport facility are designed to meet the highest animal welfare and food safety standards. It will also have state-of-the-art traceability, which has previously only been available in large packing plants.

In addition to improving and expanding processing capacity in Southeastern Massachusetts, education is also a major part of TLI’s mission. In response to growing community demand, TLI offers education on the art of animal husbandry and other skills largely forgotten in our area. Last fall, over 140 people attended the group’s Southeastern Massachusetts Meat Conference, which covered topics such as animal husbandry, meat processing, and pasture health.

So, fans of locally raised meat, take heart. As Andy Burnes said: “It has been a long haul, but we are almost there.”

Julia Powers is a nutritionist and writer from Hingham. She is a firm believer in the many benefits of locally and responsibly raised meat and applauds the efforts of the many unsung local heroes who give countless hours to make it more widely available.