…local BBQ could be found at the mall? 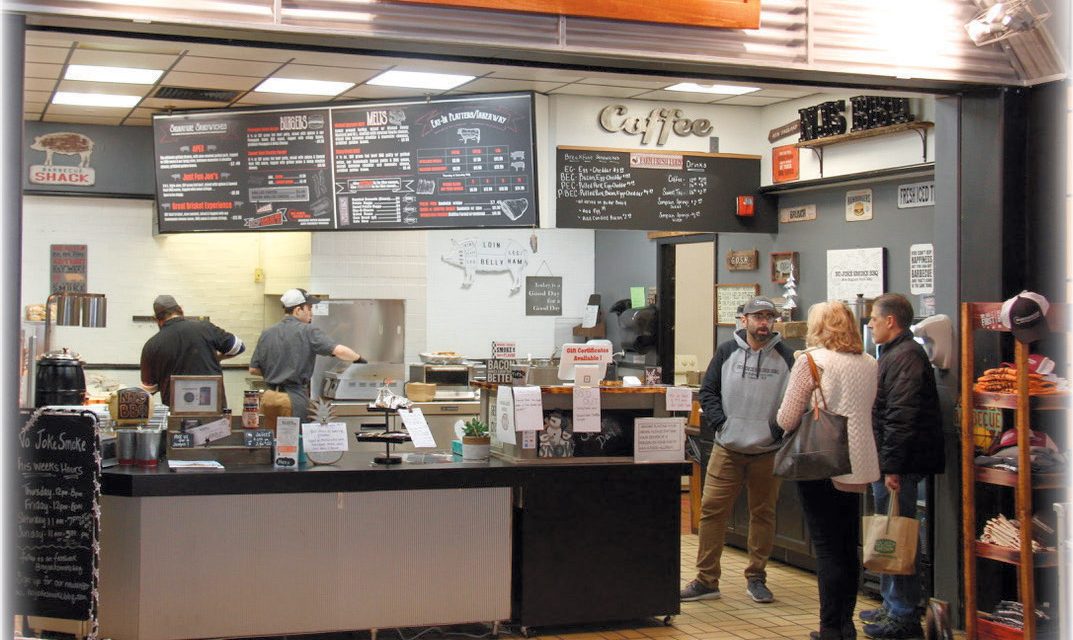 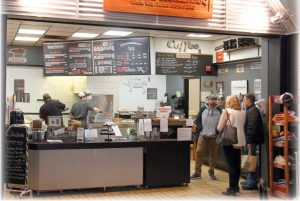 In an effort to draw customers, area malls have become less stringent with smaller businesses and are allowing shops to be flexible with their hours, making the leap from farmers’ markets to brick and mortar storefronts an easier one for many local entrepreneurs. Consequently, when No Joke Smoke BBQ decided on their hometown of Swansea MA, for a permanent location, they choose the mall because they were able to tweak their hours towards the mall’s busier times.

A permanent location affords them their own kitchen for serving mall customers as well as prepping for catered events, creating their New England Style barbeque sauce, and crafting a menu of sandwiches to slather the sauce onto. Each batch of sauce features New England flavors and locally sourced ingredients that change with the seasons

February 2019 update: The Swansea Mall made the decision to close the whole mall at the end of March. No Joke Smoke BBQ is considering their options.