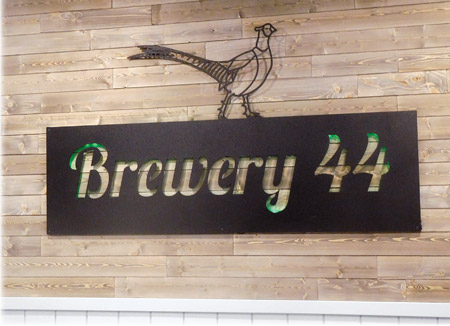 Words and Photos By Matt Foster.

“We’re very taproom-focused,” “a place where people feel comfortable coming out to meet friends and hang out for a few hours in the afternoon.”

The Covid-19 pandemic had a massive effect across many industries. Jameson Wright and Mike Johnson found themselves with an unexpected amount of free time as their respective companies slowed down. The local duo used this newfound time in the most productive way they could: making their dreams of opening a small brewery come alive.

The pair, both members of Plympton’s Upland Sportsman’s Club, had been homebrewing for years and delivering kegs to the club for their friends to try, garnering many positive reviews. The more they brewed and delivered to friends, the more confident they became in their plans.

They found a pilot brewing system that had become available in the area and jumped on the opportunity. This type of system is the perfect size for entrepreneurial homebrewers who want to take their passion to the next level. But it wasn’t until they attended an online symposium sponsored by the Massachusetts Brewers Guild that the two were able to pitch the idea of opening their small brewery to Boston Beer Company’s founder Jim Koch. 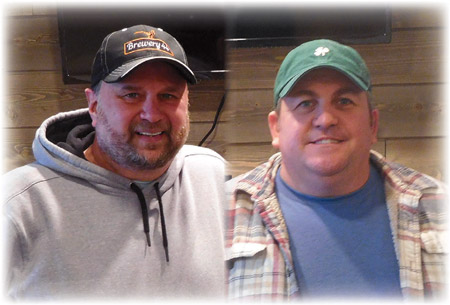 “He [Koch] said it’s absolutely a great time to start a brewery because you have a lot of resources available,” said Mike reflecting on the meetings from behind the bar at the brewery’s taproom. “This [Covid-19] is going to be temporary, and people are going to want to get out there again, so it convinced us to take the next steps.” Jameson says they chose Carver because they “wanted to do something for our area.”

“We’re very taproom-focused,” Mike continues. “We want to create a place where people feel comfortable coming out to meet friends and hang out for a few hours in the afternoon.” The brewery has frequent visits from local food trucks including Local Motion (featuring rice bowls and sandwiches) and Mom-On-The-Go (hearty grilled cheese sandwiches) and has live music on Fridays and Saturdays.

As far as beer is concerned, the duo’s first offering, Fat Pheasant IPA, was a hit at both the Upland Club and the local liquor stores that have offered canned versions of the ale. “It sold out in 90 minutes!” Mike exclaims.

“We’re big IPA fans,” Mike says. But Jameson is quick to point out that the brewery isn’t IPA only. “We’ll do everything,” he explains, gesturing to the board that shows a myriad of offerings, including an English Brown, a Bourbon Barrel-Aged American Stout, and a cranberry-flavored seasonal. “This is cranberry country,” Mike explains. “We’ll always have a cranberry offering on tap.” 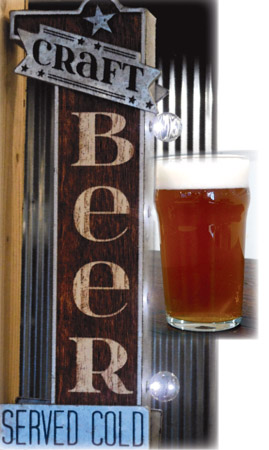 The brewery opened in late May 2021 and their event space became available in June. “It can accommodate 40 to 50 people, and we have a catering menu available,” Mike states. “And then there’s the outdoor beer garden.”

“The building management has been very helpful,” Jameson says. The pair also mentions the generous assistance of the local brewery scene. “Brian Burke (Burke’s Alewerks) has been awesome,” Mike says. “Really all of the Mass Brewers Guild has been there for us.”

Brewery 44 is brewing on a five-barrel brewing system, capable of delivering a little over 1,000 barrels per year. They also have the capability to make lager beer, something many small breweries lack. “Watch for our Kingston Light,” notes Jameson, mentioning the brewery’s light lager, a refreshing, light-bodied lager, made for that first “after a day of yard work” beer of the afternoon. Brewery 44 also added seltzers to their repertoire, making hand-crafted hard-seltzers in a variety of flavors for those who aren’t into beer.

One of the brewery’s recent additions is Carver Fire, a spiced beer made with ghost peppers and served in 6-ounce pours. A portion of the proceeds goes directly to support Carver Fire Department.

Brewery 44’s Fat Pheasant IPA is a solid entry to the IPA landscape—a deep amber color, with gold highlights. It features a soft mouthfeel, understated hop bitterness in both flavor and aroma, and a nicely developed grain background. It weighs in at 6.1% ABV and is the first of many great reasons to pull off Route 44 and head to the brewery.

Matt Foster is a South Shore-based beer nerd. When he’s not writing about beer, drinking beer, or brewing beer or working (sigh …not with beer), he spends his time with his wife, Lauren, and their two children.

Matt Foster is a quarantined husband and father of two, who needs you all to wear masks so he can get back to finding new breweries to tell you about. 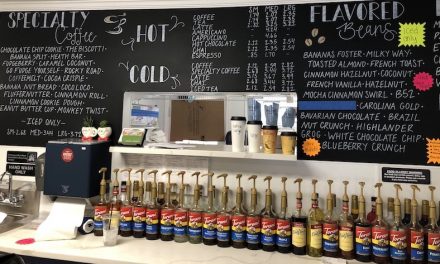 Beyond the Grind – Local Coffee Shops of Southeastern Massachusetts 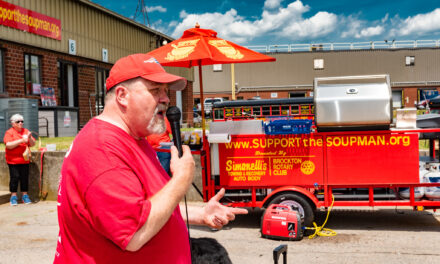 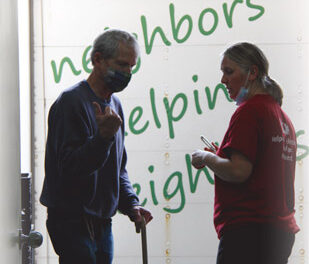 Through the Food Pantry Door