Taste of History • Taunton: A Taste in Time 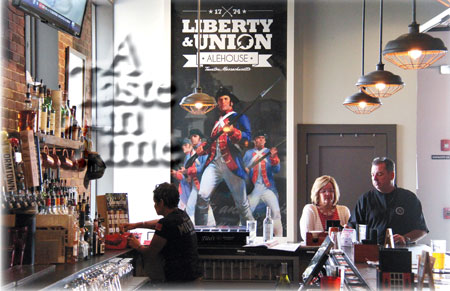 If you’re looking for a taste of American history, Taunton is the place to start. One of New England’s oldest towns, Taunton still finds ways to keep to its old roots in a modern setting. Taking a tour of the Old Colony History Museum, going to the Church Green’s farmers’ market outside First Parish Church, or grabbing a bite at one of the great local restaurants is an easy way for southeastern Massachusetts residents to enjoy a taste of history.

Even modern restaurants are honoring Taunton’s roots. The Liberty & Union Alehouse takes its name from the start of the Revolutionary War. In addition to being one of the first towns in the original colonies, Taunton was also on the front line to fight against England’s oppression of the colonists, raising a flag with “Liberty & Union” scrawled across it. 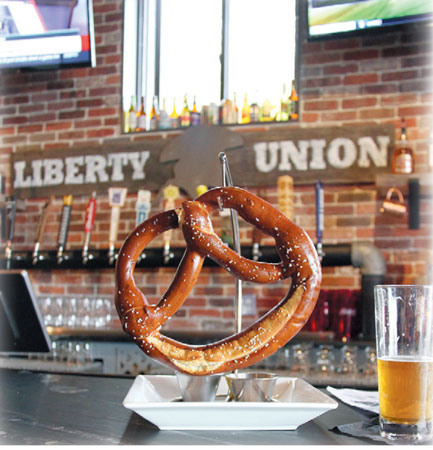 Liberty & Union’s menu also takes a cue from its New England roots. Among the top-quality drinks and spirits, you may spot a couple local breweries, including Mayflower Porter by Mayflower Brewery in Plymouth and the American blonde ale from Bog Iron Brewery in Norton. You can enjoy these and other local and international drinks along with nostalgic American dishes, including their classic New England clam chowder and the Liberty bacon cheeseburger.

Or you can opt for a meal with a modern twist, like the 1774 peppered turkey and bacon wrap with avocado and cranberry basil aioli or the pecan encrusted chicken salad with local flavors of warm maple bacon vinaigrette and cranberry goat cheese. Even Liberty & Union’s side options, such as grilled corn on the cob and baked potatoes, have a cozy American home feel. And while it may not have been eaten by the original colonial soldiers at local pubs, you can still enjoy their signature pretzel with dipping sauces or a delicious flatbread with great topping options from pepperoni and onion to buffalo chicken and bacon. Despite being named after one of the sparks of the Revolutionary War, Liberty & Union still nods to the original colonists’ native roots with their Olde English Fish-n-Chips.

Taunton offers more than a taste of history. From Liberty & Union, travel east along Route 44 and turn into the lot when you see the black food truck or smell the fresh barbeque. While you don’t have to travel far to find Kinfolks Award Winning BBQ, traveling far is just what owners Sebastian and Nikki did before taking root in Taunton. For years Kinsfolk was on the competition circuit with Myron Mixon of Stubbs & Ponderosa BBQ, and then spent several more years on the road at fairs creating better southern barbeque. 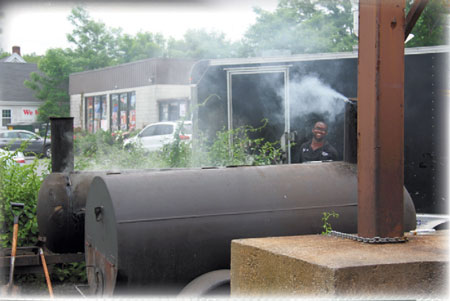 Southern barbeque was not a cuisine you could find here in southeastern Massachusetts…and that’s why Kinfolks came to stay in Taunton. They don’t have the typical frills you’d expect of a great place to dine out, but that is part of the overall appeal. It is a true down-home, southern feeling of great food and friends, and what keeps people coming back for more. That, and the savory barbeque flavor. 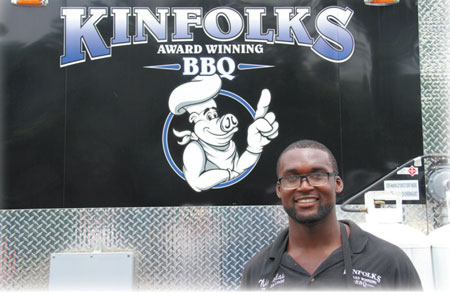 There are many great meat options for diners’ enjoyment like their half-slab of ribs, brisket, and pulled pork–all loaded with their southern style sauce. If barbeque isn’t your thing but you still want something to eat with their collard greens, sweet yams, or other sweet sides, Kinfolks offers delicious fried chicken and seasonal fried seafood options. And, like any true classic New England and Southern dinner, save room for that piece of cornbread that comes with the meals! (Watch for Kinfolks Brick & Mortar Middleboro location this fall.)

Whether you’re swinging through Taunton to grab some Kinfolks for the family or spend an evening with friends and spirits at Liberty & Union Alehouse, these local restaurants celebrate both American history and that true home feel.

Jen Power worked for a local, decades-old seafood take-out restaurant in Hingham for a few summers. Now she plans to spend this summer venturing south along the coast, eating and enjoying the local seaside dines.