Food for Thought • From Paris with love

I step onto the streets of Montparnasse in the early morning sun, shaking off the stupor of an overnight flight with a painful layover. I am immediately seduced by the aromas of baking bread. There is a boulangerie within a dozen paces of my front door, one of an estimated twelve hundred in Paris, and it is unquestionably my first order of business. I stand in line and consider my options. Perhaps pain brioché, a rich egg bread made with crème fraîche and orange zest. Maybe pain cromique, studded with raisins plump from soaking in rum. I keep it simple. Une baguette tradition, and un café au lait.

I take my baguette and coffee outside into the sunshine. A sweet and spicy bouquet rises from the 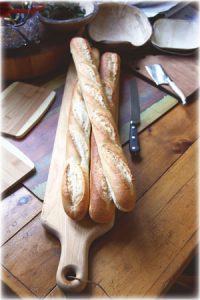 still-warm bread. I give the loaf a squeeze, appreciating the sonorous crunch of golden brown crust giving way to soft interior. Tearing off a piece, I dip it in my coffee and take a bite. The combined, familiar flavors of caramel and salt confirm what I already know. I am in Paris again.

Is there a food more quintessentially French than bread? Anthropologist Abdu Gnaba observed, “It is what defines and characterizes the French.” They take their bread seriously, especially the baguette. With ten billion sold yearly (nineteen thousand per minute), you’d be challenged to find another loaf that better captures the spirit of French cuisine. Along with the Eiffel Tower and perhaps the beret, there may be no stronger symbol of France.

As indelible as the baguette, and bread in general, may be on the psyche of French citizens, their consumption habits are changing. Not so long ago one would visit a boulangerie at least once a day for a loaf, often a second time to reload for dinner. Now, longer workdays mean fewer trips to the baker. The eating habits of teenagers and schoolchildren are also changing and fresh bread isn’t being served regularly with their meals. The combination of these changes represents a 30% decline in consumption over the last decade. This has allowed industrially packaged bread to gain a substantial foothold in the bread bins of French consumers, with a half-billion dollars in yearly sales. This market shift comes at the expense of small shops. In the 1950s, France boasted over 54,000 independent bakers. Today that number barely cracks 32,000. It might seem the old ways of Parisian bread culture will continue to fade, ceding tradition and quality to the modern trappings of convenience and industrial efficiency. But there is hope.

Artisanal bakers are fighting back, and it’s working. In 1993, the French government created a special designation called Le Décret Pain to recognize the baguette as “bread of French tradition”. This recipe allowed only flour, salt, water and leavening to be used. No additives whatsoever. The “tradition” as it’s called, takes longer to rise and bake, costing more than ordinary baguettes utilizing fast rise techniques and mechanization. These “traditions” account for approximately 75% of French baguettes sold today.

France’s bread resurgence is also attributed to a rolling revival of appreciation for their strong baking tradition. In 2006, the organization L’Observatoire du Pain was formed. Created by many millers and bakers, their mission was to advance nutritional information about artisanal bread, as well as getting it back into the hands of consumers. A 2013 marketing campaign asked French people, “Coucou, tu as pris le pain?” (“Hi there, have you picked up the bread?”). Since then, artisanal bread consumption has begun climbing once again. People are voting for better-made bread with their wallets. This affordable staple is slowly regaining its rightful place at the top of the French cuisine consciousness. 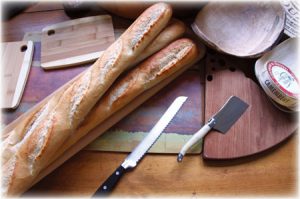 Le Décret Pain was a special designation to recognize the baguette as the “bread of French tradition.”

Consuming baguettes as soon as possible is the best way to enjoy their flavor and texture, the lack of preservatives means baguettes go stale in a day. Baguettes can be ordered a bit undercooked and soft (pas trop de cuit), or slightly overcooked and with a bit more crunch (bien cuit). For those who find a meter-long loaf too much, half-loaves (demi-baguettes) are usually available for half-price.

The tip of a baguette (le quignon, “the heel”) is ripped off and eaten on the way home. Bread is usually torn by hand, not sliced unless used for sandwiches. Most Parisians don’t use butter (that’s more the style of their fellow countrymen in Normandy and Brittany). In the morning, baguettes are dipped in coffee or enjoyed with preserves. For afternoon goûter (snack), they are cut lengthwise and slathered in Nutella. For dinner, bread is almost never served on a plate. It is placed directly on the tablecloth or placemat and used as an extra utensil, sopping up gravy or guiding food onto a fork.

The French renaissance of enjoying well-made bread extends far past their Gallic borders. Even in the nooks and crannies of Massachusetts more artisanal bread makers are opening stores to share their passion for panification with those that appreciate the craft. Hearth Artisan Bread in Plymouth, My Little Bakery in Duxbury, Sam’s Bakery in Fall River, and French Memories Bakery and Cafe in Cohasset all exemplify what it means to really care about bread, and there are more. Many more.

Standing in line in the beautiful interior of French Memories Bakery and Café in Cohasset, I consider my options. Perhaps some chocolate hazelnut bread, oozing with warm, gooey chocolate. Maybe their Francese, with its airy interior, filled with a delicious, slightly sour flavor. I keep it simple. Un croissant and un café au lait.

I take my pastry and coffee outside into the warm air. Dipping the layered, fluffy bread into the steaming, frothy cup, I realize this is how we can bring a tiny slice of Paris into our own lives! It’s up to us to appreciate the quality to which we have access, to embrace it. We need to support the cause, one loaf at a time. Taking another coffee-soaked bite in the bright Cohasset sunshine, I’m all too happy to help.

Adam Centamore, educator and author of Tasting Wine and Cheese – An Insider’s Guide to Mastering the Principles of Pairing, is always on the hunt for the next tasty thing. If you need a recommendation for a boulangerie in Paris, tequila farm in Mexico, or restaurant in Venice, he’s your guy. 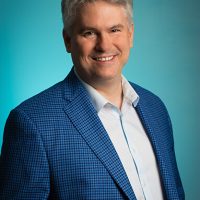