Finally, a cookbook that celebrates New England with a contemporary look at food. After all, New England has been on the culinary cutting edge for a while; it’s time for everyone to recognize that. Aptly named The New England Kitchen, ‘fresh takes on seasonal recipes’ is a fitting tribute. The authors, Jeremy Sewall (owner of Lineage, Island Creek Oyster Bar, and Row 34) and Erin Byers Murray (food writer and author of Shucked: Life on a New England Oyster Farm), highlight only the best and freshest ingredients to showcase the bounty New England has to offer. 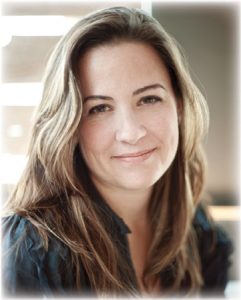 As it turns out, New England’s new culinary coolness starts by circling back to the old way of doing things, by getting closer to the land and the sea, and using what is in season to make the food taste so much better!

Included in the book are Murray’s profiles of a lobsterman, an oyster farmer, and an artisanal beer brewer. Through their stories, she captures the flavor of the New England food scene, which is as vibrant and diverse as the region itself.

You’ll meet Coll Walker, owner of Walker’s Roadside Stand in Little Compton, who firmly believes that the nearby Sakonnet River provides a richness to his crops; David and Daniel Kleban, of the Maine Beer Company, who keep their brewery small—about six different beers—so they can do them “really well;” and Skip Bennett, owner of Island Creek Oysters, who may just be the guy who started Sewalls and Murray’s now famous love affair with oysters.

Oysters in Sewall’s world are plentiful, and he shows off their versatility with the many recipes in the book: Oyster Gregory with Grilled Leek, Bacon, and Paprika; or Creamy Oyster Stew (see recipe); and be sure to try the Fried Oysters with Green Tomato Relish.

Of course, seasons are integral to life in New England, and food revolves around them. Spring, to Sewall, starts with the Boston Red Sox home opener (his restaurant Island Creek Oysters is right next to Fenway Park). He starts thinking about English Pea Soups with Curry Cream, or Poached Halibut with Crispy Artichoke Chips. 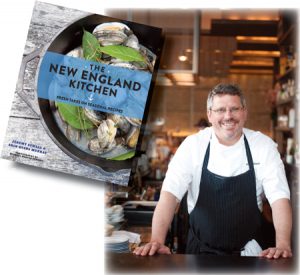 The recipe for Hand Rolled Potato Gnocchi with Roasted Chestnut Puree & Wild Mushrooms is carefully written and well explained, and accompanied by detailed photos, so even the home chefs, as Murray points out, can have “perfect pillowy gnocchi.”

Of course, a New England cookbook wouldn’t be complete without a nod to traditional New England fare, and chef Sewall’s Updated Pot Roast, made more decadent by adding veal stock and sautéed leeks, will have even the staunchest Yankee trading in their recipe.

“During the construction of our newest restaurant, Row 34, my partner, Garrett Harker, was on-site when the foundation was dug. He looked down and found oyster shells in the old floor. More than a hundred years ago, oyster shells were a common construction material in the Boston area. We took this as a good sign that our “everyman” oyster bar was sitting exactly where it should be. Stew is often thought of as a poor man’s food with humble beginnings; for this version, I elevate it ever so slightly with fennel and white wine. But what really makes this dish work is its abundance of oysters.”