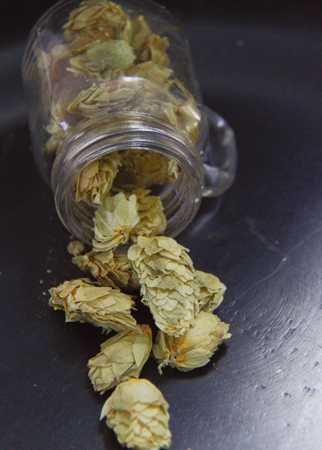 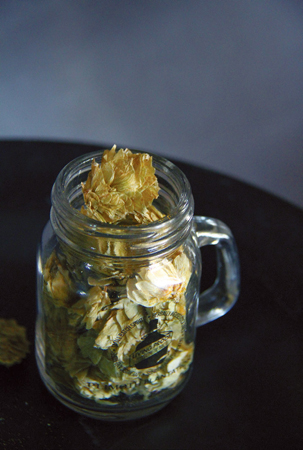 Flowers. Like most human South Shore and South Coast residents past and present, I go for months at a time without sitting down to a big ol’ plate of flowers. But that doesn’t mean I don’t appreciate the importance of these particular plant-parts to my diet. If it weren’t for flowers—the sex-workers of the plant world—most all of us complex life-forms on the planet would plain starve.

All those seeds, stems, fruits, rhizomes, tubers, leaves, roots, buds, and bracts that we (and our meat-and-milk- bearing animal friends) rely on for sustenance would be nowhere in sight if, millions of years ago, plants hadn’t invented a new kind of sex. To make it work, they needed to seduce strangers from other kingdoms into participating. Thus began the evolution of some crazy floral wiles, on flagrant display wherever you look these days: eye-catching, frilly, impossibly soft petals; nubile, glistening stamens; erect, coquettishly fringed anthers; sweet-scented, nectar*-bearing ovaries, heavy, ripe and ready for pollinatin’ . . .

You get the idea.

Putting aside my devotion to saffron (already well-documented in these pages), there are a few flowers I particularly enjoy cooking with when we cross paths—coriander, komatsuna, chive—and there are some that do look lovely on a plate even if the flavor is indiscernible-to-repugnant—bachelor buttons, pansies, nasturtiums. And there are those that warrant special treatment as historic novelties—elderflower fritters, anyone? But there is only one flower that I confess that I consume most days of the week, even if only in essential oil form—and that would be hops.

Hops, the other cannabinoid

Much like its more famous cousin, cannabis, hops loads gobs of powerful resins and other active compounds into its female flowers, as long as they remain chaste and unfertilized. Those hop essences have many profound effects when introduced into a malted grain solution intended for fermenting into beer. Sure, the bitter flavor balances the malt’s residual sweetness, but more importantly, hops’ chemical compounds have a potent antiseptic, clarifying, and preservative impact.

That’s a clue as to how this one particular flower became the bittering and flavoring agent for beer of all kinds in the modern era. But the rest of the story feels eerily relevant today, as it involves propaganda, globalization, and chauvinism. In the late medieval period, previous to hops’ dominance in this sphere, brewers across Europe infused their fermented grain beverages with all sorts of flowers, leaves, and roots, affording every locality its own distinctive drink. Switching to hops, with its above-mentioned virtues, was a no-brainer for most brewers, as it made their business easier and more profitable. Starting in the fifteenth century, a wave of hop-only brewing emanated from the bustling kingdoms of central Europe, gradually permeating the hinterlands. (Advocates of locavorism must be at least a little bit saddened here by the narrative of hops dominating at the expense of regional taste-diversity.)

But, pushback from drinkers, especially in Britain, was powerful and persistent. During the religious and political turmoil known as the Reformation, hops became identified with radical Protestantism, as if the use of these unassuming flower cones was part of a sweeping and insidious continental reform agenda. Many patriotic English folks would have nothing to do with polluting their national drink with this foreign substance.

Although the practical virtues of hops gradually overbore a heaping helping of jingoistic press, old-school nativist values died hard. As late as 1670, conservative writers like John Evelyn were still engaging in rear-guard sniping against hops, on supposed health grounds. “Hops,” he wrote, “transmuted our wholesome ale into beer, which doubtless much alters its constitution. This one ingredient…preserves the drink indeed, but repays the pleasure in tormenting diseases and a shorter life.”

By Evelyn’s lights, American craft beer lovers have been eagerly lining up for a short life of torment, as evidenced by today’s heady IPA frenzy. Our local brewers, although they have resisted the most crazy-excessive levels of hopping, certainly turn out some crisp and sassy exemplars of the style. Asked if there’s an end in sight of beer-drinkers’ taste for those citrus-y, pine-scented IPAs that have dominated the market of late, Drew Brosseau of Mayflower Brewing says (in his moderate way) that there’s a place for everything if it’s done well and if it’s part of a balanced portfolio of offerings. Paul Nixon of Independent Fermentations almost as cautiously asserts that brewers should brew what they like to drink, but that doesn’t mean that it should all taste the same.

If you are a beer lover and a gardener, you may wish to consider this: hops are fun to grow and well-suited to our zone, as long as the season isn’t too humid and mildewy. And, this is the best part: catch up with IndieFerm at harvest time (the last week in August, usually) to get with their wiki-hopping program. Bring in your harvest on the appointed day and get a ticket for one pint of future beer for each five ounces of freshly-harvested hops; simple as that. When the batch is ready, you reap the benefits in beer finished with hops from your own garden! Last year folks from all over the South Coast and South Shore participated, with one Taunton gardener salting away twenty tickets!

Don’t have your own garden? You can still get involved with another community hop-project. Local land preservation nonprofit, The Wildlands Trust, is ponying up acreage of Eel River- facing agricultural land for an IndieFerm hopyard this spring. Master growers at Morrison’s Farm and Garden in Plymouth are pitching in with expertise, equipment, and rhizomes. It’ll take a couple years for the new plants to get up to speed, but we of the Plymouth gardening/quaffing community look forward to future hop-picking parties, starting late in August of 2018.

Plants you start from rhizomes this spring will probably only produce a handful of flowers this August. If you don’t get enough for an IndieFerm beer ticket, try making yourself and a loved one a sleeping potion from your hops and other flowers you can find around the neighborhood.

*Did you know that there is an insect in the wasp family that collects the sex-lure (“nectar”) that flowers secrete from sacs (“nectaries”) connected to their ovaries?

This insect vomits the material into waxy cells that it builds from its own secretions in cavities in trees, and in many cultures, people harvest the regurgitated nectar to use as a sweetener in their food. I know—crazy, right?

Paula Marcoux is a Plymouth food historian and the author of Cooking with Fire (Storey, 2014). She teaches wood-fired cooking and baking through the local educational artisans’ non-profit, Plymouth CRAFT