10 answers to your holiday ham questions

CURED & SMOKED: A PRIMER ON HAM 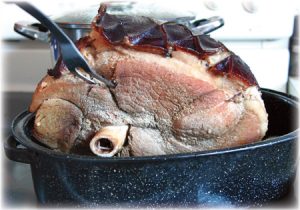 Why do we tend to serve ham at certain holidays like Easter? What’s the best way to cook a ham? What are the alternatives to the chemically-enhanced versions found in supermarkets? What even makes a ham a ham (besides being derived from “the hind legs of swine”, as defined by the United States Code of Federal Regulations)?

Peter Burrows, who raises hogs at Brown Boar Farm in Vermont and markets the meat here in Southeastern Massachusetts, has given a lot of thought to these topics and shares a few insights with us. 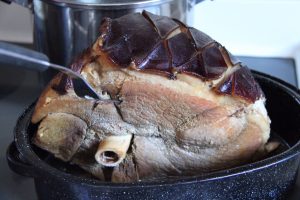