Clam Shacks of the South Coast and South Plymouth 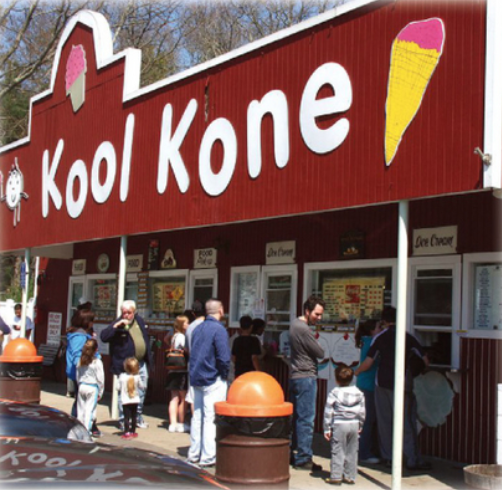 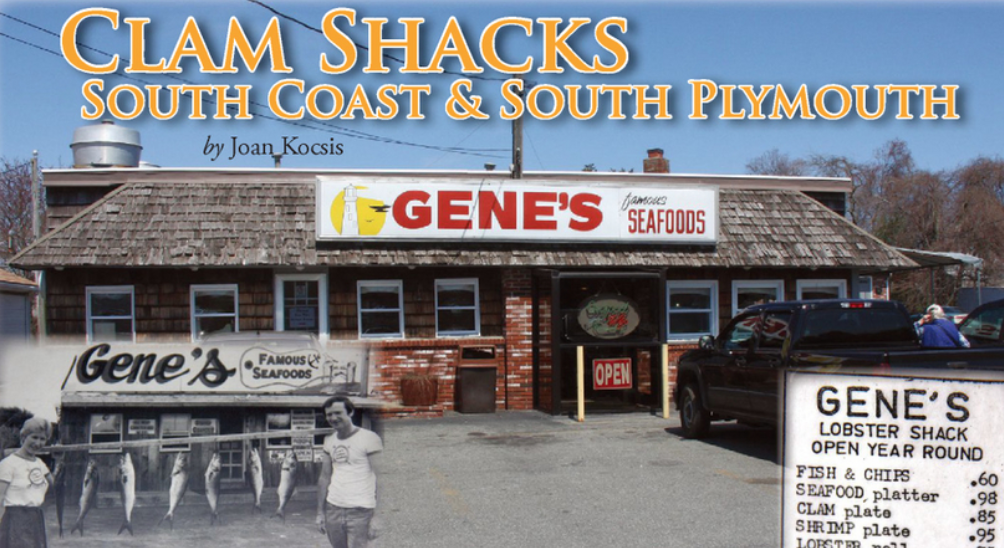 I came late to a love of clams.

I grew up on the East Coast, but Howard Johnson’s clam strips were the seafood limit for my Midwestern parents. Therefore I was not excited when the local guy I married took me out for his favorite fast food. Eventually, Clam Boy’s scorn for clam strips—“They leave out the best part!”—made me try “whole-belly” clams, and now I eat them with the gusto of a native. (Soft-shell clams are also great steamed, but that’s another story.)

Many local restaurants serve good fried clams, but if you want a no-fuss place to get your bivalves, with a side of briny air and maybe even a water view, search out a clam shack. The ideal is a simple wooden building near the water, with picnic tables and a menu consisting mostly of seafood and sometimes ice cream. Our area now has so many places to satisfy the clam craving that we split the territory into northern and southern tiers. We’ll cover the north in a future issue.

When your fried clams are ready, don’t wait to eat them. On-site consumption is necessary for maximum crispness. Do be patient as you wait for your order, though. After all, you’re enjoying a gorgeous summer day while the cook is inside standing over boiling oil. Dwell on your luck at being about to eat crispy, golden-brown morsels saturated with incomparable seafood flavor, and be happy you’re in clam country.

Note: All these places serve good fried clams, as do others I have not visited. This is not meant to be a comprehensive list. Many are open only in season or have limited winter hours; in the offseason, call to make sure they’re open.

Gene’s Famous Seafood has been around for decades. Its clams are on the light-golden end of the frying spectrum but are crisp and perfectly fried. There’s clean white tile in the ordering room, picnic tables in the dining area. (Avoid the stuffed quahogs, which are made elsewhere and consist mostly of breadcrumbs.) Beer and wine; open year round.
146 Huttleston Avenue (Route 6), Fairhaven, 508-996-5127.

The Seafood Hut occupies the point of a busy three-way intersection at the border of Fairhaven, not far from the Acushnet River. Its clam plate features a good portion of smallish, well-fried, tasty clams in a thin, crispy batter. Scallops, shrimp, and fish round out the seafood part of the menu. Ice cream; no indoor seating; open “unless it’s snowing.”
2 South Main Street, Acushnet, 508-993-9355. 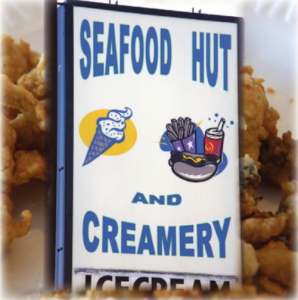 Kool Kone’s casual, old-fashioned appeal serves up the classic fried seafood and ice cream formula alongside other seafood and Portuguese specialties. Near the mouth of the wide, peaceful Weweantic River, KK is open from March into fall, but in cool weather only does takeout. Ice cream; eat indoors/out.
374 Marion Road (Route 6), Wareham, 508-295-6638. 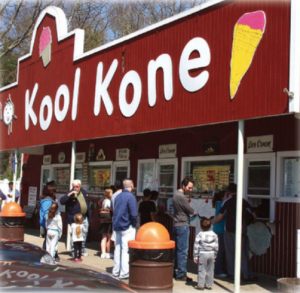 The Lobster Pot may have been the first in the area to offer fried clams. It’s clean, efficient, air-conditioned, and well-suited for larger parties, but it looks nothing like a shack. Like Gene’s and Kool Kone, it’s on a four-lane road. The Pot’s batter is exceptionally well seasoned and staffers know their product. Beer and wine; outdoor seating available; closed through winter.
3155 Cranberry Highway, East Wareham, 508-759-3876. 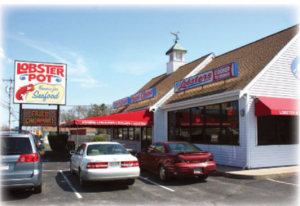 On summer evenings, East Wind Lobster gets so busy it often has a police officer directing traffic in and out of the parking lot. Deck seating puts you right next to the marina and the boats traversing Cohasset Narrows, which is somewhat marred by an ongoing construction project. The menu includes almost any seafood you can think of. Indoor seating available; limited winter hours.
2 Main Street, Buzzards Bay, 508-759-1857. 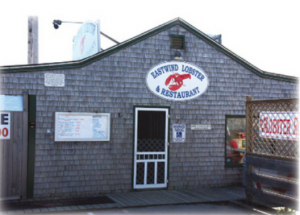 Barlow’s Clam Shack is run by our friends Diane Flynn and Skip Barlow, who spent years shellfishing before opening this restaurant. You might see big ships passing through the canal, which is across the highway from this clean, cheerful place. Clams are market-priced because Skip buys them in person every morning. Psst! A new scallop-bacon fritter is planned for the 2013 season. Ice cream; indoor/outdoor seating; open April to Labor Day.
856 Scenic Highway, Buzzards Bay, 508-272-8749. 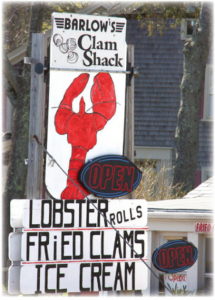 Sandy’s at Plymouth Beach is so popular that finding a seat can be tough. A wooden building with a screened dining area that’s right on Plymouth Beach, Sandy’s has classic clam shack looks and location, though the growing menu makes it more of a restaurant. Many people eat in their bathing suits. Full bar; no credit cards.
132 Warren Avenue (right off Route 3A), Plymouth, 508-747-5911. 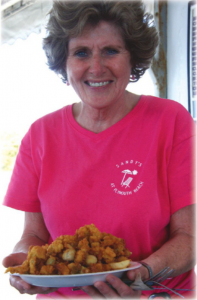 A soft-shell clam is the whole clam and nothing but the clam. It lives in an oblong shell and sucks in nutrients through a long “neck,” or siphon. With its muscular “foot,” the clam burrows into the muddy bottom of shallow bays that ring the continental edges in temperate climates like ours. The clams sense that you’re coming for them and go deeper. Determined clam diggers, like my sister-in-law, end up elbow deep in the mud. Commercial clammers use long rakes and strong backs to wrestle them into their boats. No part of this process, including the shucking, is mechanized.

Clams are shipped daily up and down the coast. Though we are surrounded by teeming clam beds, many clams served locally pass through Ipswich first and may originate as far south as the Chesapeake Bay. According to Diane Flynn of Barlow’s, this happens because local clammers can’t keep up with demand. She adds that clams are never frozen, which “would desecrate the clam.” The perishable nature of soft-shells means they’re often the priciest item on a menu of other seafood, but it also means they’re unfailingly fresh. And clam strips? These are from sea clams, a different species, and are sometimes bought prebreaded; ask to be sure.

Joan Kocsis sees people and other wildlife harvesting shellfish every day from her desk. Though she’ll happily to for quahogs, she prefers steamers to arrive ready to cook.