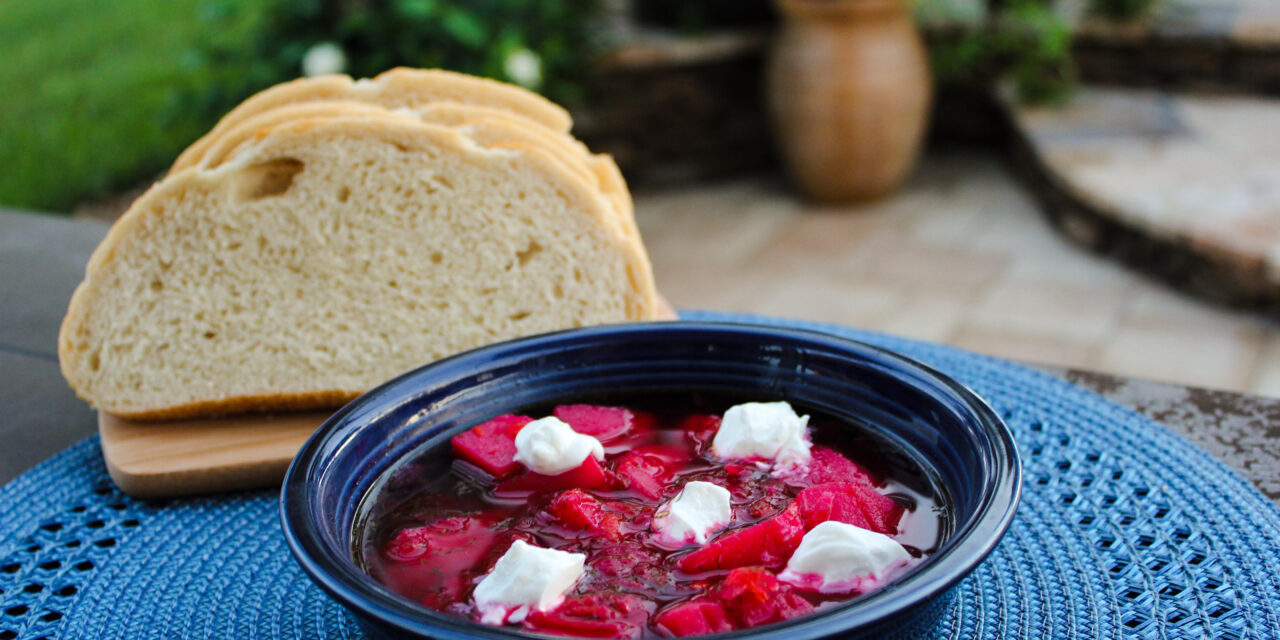 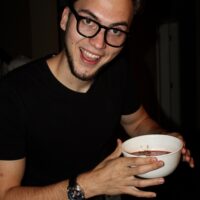 Dmitrii, my fiance, is from Moldova, a small Eastern European nation whose culture is heavily influenced by Romania and Russian-speaking regions. When we first began dating, he was excited to share with me all of the traditional recipes of his home country. Cooking for himself and learning recipes from both his mother and grandmother since childhood, Dmitrii now considers himself an all-around foodie. A popular dish he grew up with is borscht—a beet soup with Ukrainian origins.

Dmitrii was eager to make it for me but being a picky eater and not a big beet fan, I was less than enthusiastic about the idea. However, after hearing it was his mother’s recipe, I felt compelled to give it a chance. She was still living in Moldova, so trying her recipes was the closest I would get to meeting her for a while. Imagine my surprise when I took a tentative sip and immediately became obsessed. Never have I come across a soup that so perfectly walks the line between sweet and savory. 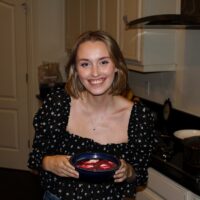 The light broth also does a superb job of balancing the potatoes often found in thicker cream soups. But the key to making the dish so great is the sour cream. A common staple in Russian foods, sour cream elevates borscht from a solid soup to something truly wonderful. When it is stirred into the dish, the soup transforms from a dark reddish-purple to a bright fuchsia. Dmitrii claims that to eat borscht without it is to disappoint every Russian in the world. He also prefers to eat it with garlic bread, but that is just a delicious option and not necessary in order to enjoy the full, delicious experience of borscht. 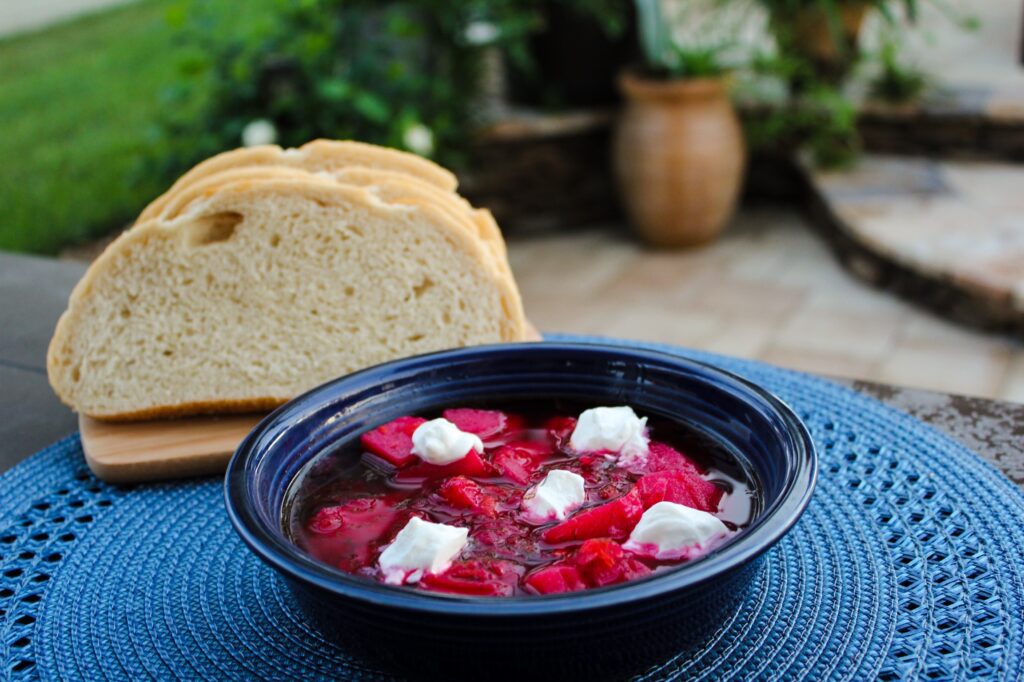 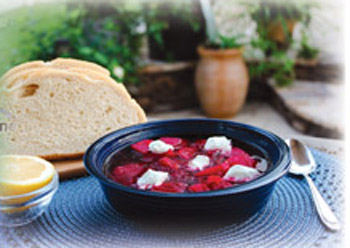 A common dish found all across Slavic countries in Eastern Europe, this meat-free version of borscht perfectly walks the line between sweet and savory!
Print Recipe Pin Recipe
Servings 8

Sarah Bennett is an aspiring writer currently living in Florida as she finishes up her degree in Mass Communications. In her free time, she enjoys baking up a storm in the kitchen, visiting farmers’ markets, and exploring the world around her. 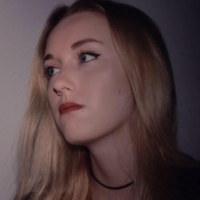