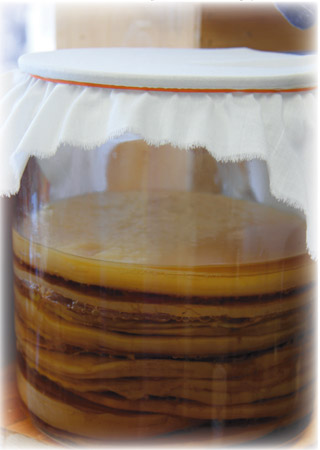 The SCOBY hotel at IndieFerm homebrew shop in Plymouth.

Until recently, kombucha had been primarily produced on the West Coast and could only be found at health food stores or high-end grocers (along with a high price tag). Kombucha has actually been around for centuries, with possible origins dating as far back as the Qin Dynasty (220BC). It is highly prized among health-seekers for its probiotic and pH-alkalizing qualities, as well as its signature vinegary bite (some would call it an acquired taste), a welcome respite from sugary sodas and lattes.

IndieFerm’s kombucha is brewed in their fermentation studio—located in the same building as their popular Plymouth taproom—by homebrew supply shop manager Linda Davey. She starts with sweet tea, which is steeped overnight before adding it to a fermenter with the SCOBY (Symbiotic Culture of Bacteria and Yeast). During the fermentation process, the yeast and bacteria eat the sugar in the sweet tea, producing carbon dioxide and a small amount of alcohol. Most of the alcohol is eaten by acetobacter bacteria, which produces acetic acid and gives the kombucha its vinegary taste. Once the kombucha is fully fermented, it is chilled and carbonated.

“Brewing kombucha was a natural next step as we have the equipment, ingredients, and expertise in-house,” said IndieFerm owner and brewer, Paul Nixon. “As brewers, we tend to get excited about any kind of fermentation, not just beer.” And that fermentation isn’t limited to beverages. In addition to teaching classes and selling kits and SCOBYs for brewing kombucha, IndieFerm’s homebrew supply shop offers education and materials for making yogurt, cheese, and sauerkraut.

IndieFerm sells kombucha on tap by the glass as well as by the growler in the supply shop. Additionally, IndieFerm has begun distributing their kombucha in kegs to select area shops, such as Bramhall’s Market in Chiltonville, to be served to customers by the glass. Future plans include installing growler stations so that customers can take the kombucha home. Flavors include green tea with ginger and tropical black tea. “We’re also working on perfecting kombucha made with coffee instead of tea,” said Paul.

If you’re looking for a unique and useful present for the health-conscious DIYers on your holiday list, look no further than IndieFerm’s homebrew supply shop. Many regular kombucha drinkers dream about brewing their own “booch,” both to control the flavor and to save money (brewing and bottling kombucha at home is significantly less expensive than buying it at the market) but have no idea where to start. Why not surprise and delight them with a homebrew kit or a kombucha brewing class? Or maybe a SCOBY? “Nothing says ‘I love you’ like a plastic bag filled with gelatinous goo,” noted Paul. “It could be such a unique and thoughtful gift.” Certainly one that would not soon be forgotten. If you’re still not sure what to purchase, gift certificates are always available for classes and merchandise.

Kate Strassel is an editor, copywriter, and kombucha drinker living in East Bridgewater. Although her kombucha brews don’t often turn out the way she’d like, she is a master at growing SCOBYs and may be giving them to unsuspecting family and friends as gifts this year. 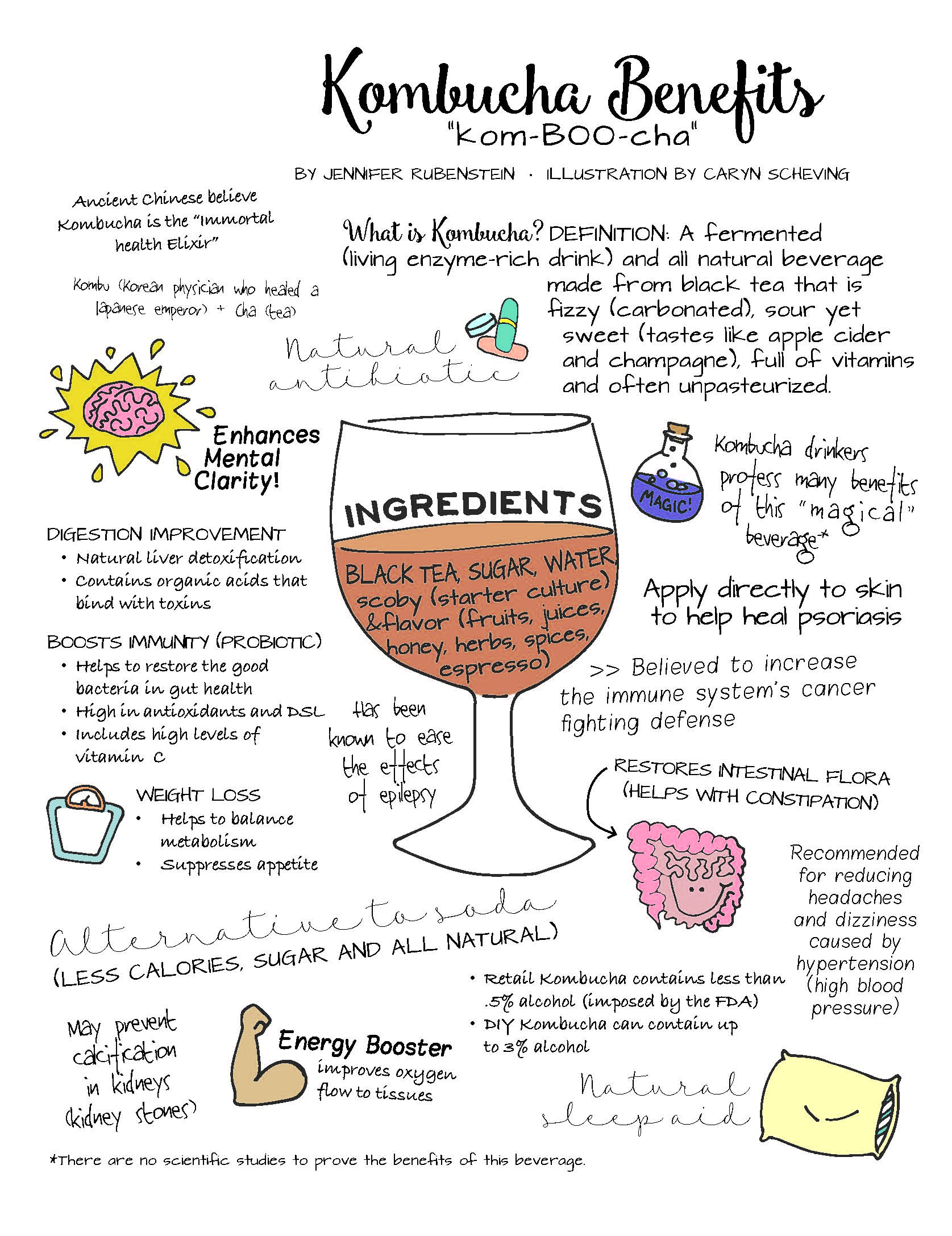