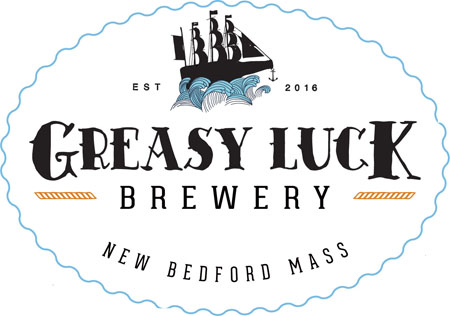 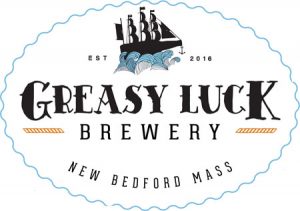 Soon New Bedford will be the home to a new brewery with a historically relevant name. “Greasy Luck” was a phrase used to wish success before the departure of a whaling voyage in the early 19th century. Though at one point the phrase had been adapted for broader use, wishing general good luck all around, it has largely disappeared from today’s vernacular. Greasy Luck Brewery will bringing back the name in late autumn with the (anticipated) opening of a brew pub and function area on Thanksgiving Eve, Wednesday, November 23, 2016. The second floor function space and rooftop patio is expected to open summer 2017. The brewery is renovating the former Whaling Museum Research Library on Purchase Street, a space which had also housed a bank—a perfect tie-in with its name.

Offering several in-house brews using the SmartBrew system, Greasy Luck is hoping to come out of the gates with an IPA, a coffee stout, a blueberry ale, and—with any luck—a cranberry/blueberry combination brew using local berries. There will also be a full menu of comfort food and Portuguese-inspired dishes, with a kitchen led by executive chef Sydney McClymonds. Sydney has made a commitment to using local ingredients, and with access to the variety of seafood, meat, and produce available on the South Coast, she’ll have no trouble sourcing fresh.

Boasting an event space for over 300 people, the brewery will host live music and events, adding another entertainment venue as well as valuable function room space to New Bedford’s eclectic downtown. Getting the community involved in the process is helping spread the word. On Facebook and Twitter, the brewery asked followers to vote on its artwork for logo and labeling. And lauding its loyalty programs, Greasy Luck created the “Lucky Club” for frequent visitors, offering benefits that include a cover charge waiver, discounts on events, and sipping their way towards “Lucky Bucks.” One particularly unique membership benefit, upon earning enough points, is access to “The Vault,” a true-to life bank vault from building’s past use, and filled with a collection of international beer steins.

The brewery is a collaboration between three managing partners, all of whom have established business relationships within the New Bedford community. Engineer Christian Farland, restaurateur Mark Martinho of Antonio’s, and real estate manager (and owner of Cork and Rose Alley) Al Peters come together with a broad array of skills to contribute to this venture. Each partner demonstrates a passion for fueling the vivification of a vibrant downtown New Bedford, joining the multitude of small businesses opening their doors to the public. Greasy Luck Brewery is among three new breweries to hit The Whaling City’s streets and is considered New Bedford’s first microbrewery.

Though it is not yet clear whose role it will be to travel the world and collect beer steins, the live music, delicious quaffs, and locally-inspired food are sure to be a welcome addition to New Bedford’s burgeoning nightlife scene.

By: Dee Levanti farms in Westport with her partner at the Ivory Silo. She is excited to see the local foods movement grow deeper into our economy, integrating more individuals and skill sets with each passing season.