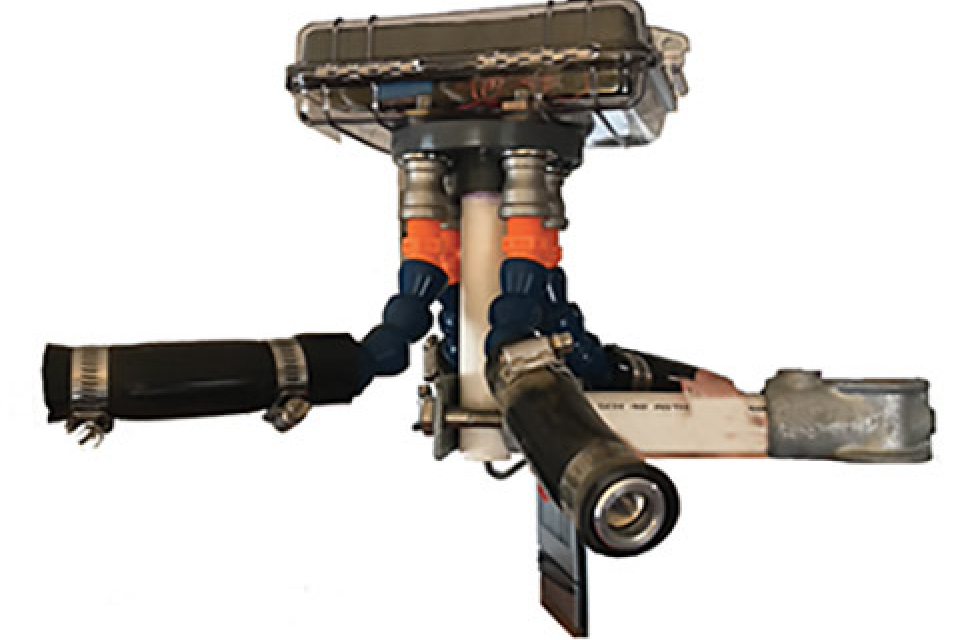 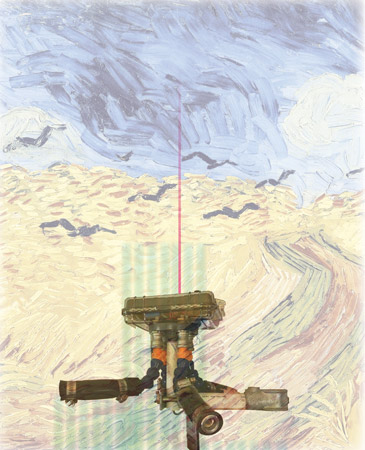 Mechanical brains that is. If you drive past Elliot Farm on Route 105 in Lakeville this summer and think you’re seeing a UFO or mystery drones hovering above the cornfields, you’re not completely crazy. What you’re actually seeing are “laser scarecrows,” a first-of-its-kind project in trying to tackle the devastating damage that birds do to sweet corn crops. The culprits are Red Winged Black Birds and European Swallows, both of which can wipe out entire fields in no time.

These birds are smart

“It’s heartbreaking,” says owner Ken Elliot, whose father farmed the same land before him for 25 years. “All the work you put into a crop of corn can literally be destroyed in 15 minutes,” he added. “These birds are smart. They work together, and they know all the farmers’ tricks. Ken expounds, “It’s my opinion that these birds aren’t eating the corn. They are pecking the kernels and exposing them to the air so they ferment. The smell attracts the Sap Beetle, which is what the birds really want to eat. They double back to the corn they’ve damaged to eat them.

The ‘scarecrow’ unit itself looks like a cross between a cow milking machine and a drone. The units are attached to 10-foot pipes that are pounded into the ground and are activated three days before the corn is ready to be picked. Once running, each unit shoots out a green laser into the field for two seconds, every 16 seconds. When the laser hits the corn it refracts, and “gives the illusion to the birds that fireworks are going off. It disrupts their landing plans,” Ken explained.

Ken and his sister Deanna Elliot took over the leadership role at the farm four years ago. Thinking about proactive ways to stay ahead of the pest problem, they reached out to Dr. Rebecca Brown at The University of Rhode Island, Department of Plant Sciences and Entomology, for help.

“I have been working on laser scarecrows since 2016. The project started with the goal of finding alternatives to bird ‘cannons’, which were causing escalating conflict between farmers and other residents of northeastern Rhode Island,” Dr. Brown explained. “Ken heard about my research and contacted me in 2017 asking to test the scarecrow technology on his farm.”

“I liked Dr. Brown’s scarecrows very much, they worked great, but the prototype tended to break down,” Ken said. Most farm stands survive by selling sweet corn, the “lure” for customers to make other purchases. “Seventy percent of our business is sweet corn,” he continued, noting that any downtime in the fields costs them money and product. As small farmers know time is money, so they kept looking for a solution.

In 2018, the Elliots then received a grant from Northeast SARE (Sustainable Agriculture Research Education), to “build a better mousetrap.” Elliot Farm collaborated with Stephen Chomyszak, Assistant Professor in the Department of Mechanical Engineering & Technology at Wentworth Institute of Technology and student engineers, Nick Stratton, Chris Thierauf, and Ken Costa on the project. They built a prototype for under $500, creating a product that is cost effective for small farms.

“It was challenging,” Elliot explained.“We had to design something from purchased parts, that could be put together with basic hand tools. The device also needed to withstand hot and cold, as well as wet and dry weather. Lastly, the team had to develop a circuit board that fit the design and allowed for the proper function of the lasers.” 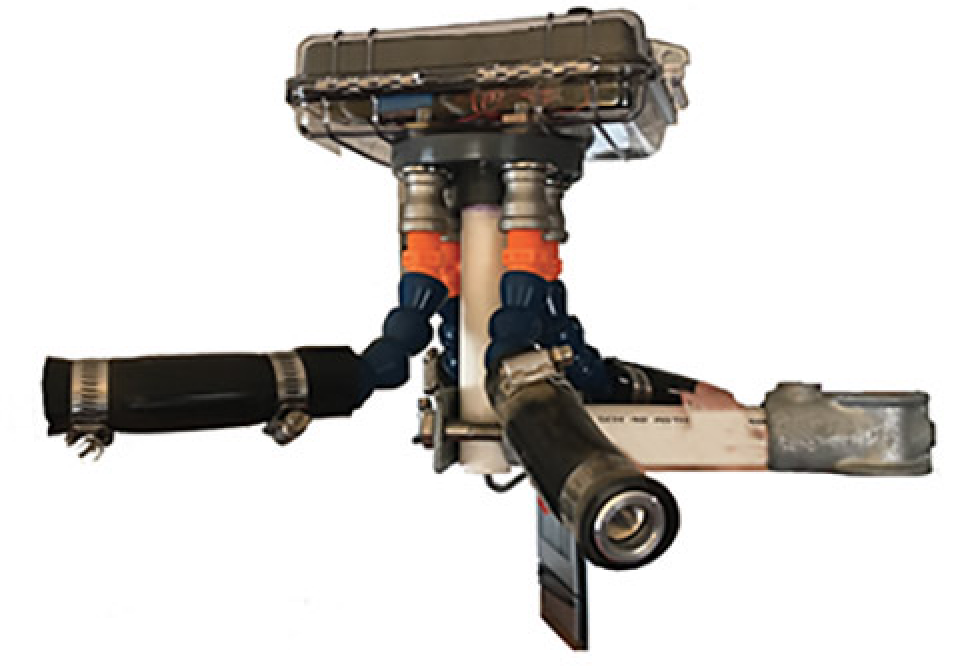 The Solution – we hope

The result was a scarecrow that could be built with simple tools: a soldering iron, a drill, screwdrivers, and an Allen wrench. The small circuit board runs the unit and a lawn mower battery, stationed on the ground powers it. “It’s basically 1950’s technology,” marveled Ken.

Summer 2019 will be the second season the technology has been used at Elliot Farm. Last year the new scarecrows were a success, cutting the corn crop losses by about 60%. “For the price and durability of these units I’m happy,” Ken stated, “They’re still not perfect, but I’m happy.”

There are bigger and more sophisticated laser scarecrows that work on the same principle currently watching over thousands of acres across the United States. However, for smaller New England farmers, with fields of various sizes, the Elliot-Chomyszak version works well. “We have 50 acres. I have nine units that cover three fields. For $500 per unit, these are a reasonable investment. Farmers around here aren’t going to spend $10,000 per unit for the big commercial options,” Ken noted.

“I really want to share this laser scarecrow technology with other farmers. Huge losses of corn can be the difference between going out of business and staying alive,” Ken concluded. “For us, no corn equals no business. Sharing this method may help farmers.”

Visit this page for info and directions on how to build your own laser scarecrow.

A bit more about the Farm:

Elliot Farm also runs a CSA which is a bit different than other areas CSAs.“We run a 12 week CSA where you basically buy credit at the farm. You can use the credit to purchase whatever you like. If you want to buy all tomatoes that’s fine with us, there are no restrictions,” Ken said. People who have a hard time finding uses for bok choy may be happy to hear that.

The farm stand is also open seasonally from 10-6 daily and features tomatoes, pumpkins, squash, cucumbers, pickles, lettuce, chard, kale, and eggplant as well as their corn.

Mike Gioscia is President at Soule Homestead Education Center in Middleboro, and host of “Americanarama” on 95.9 WATD Monday- Thursday 10 pm-1 am.