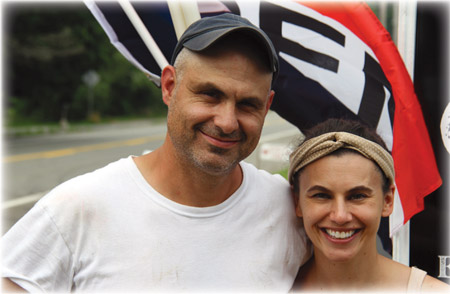 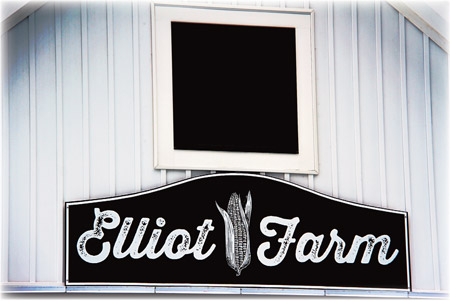 Farming is in Dee Elliot’s blood. As children, Dee and her brother Ken F. Elliot spent summer mornings picking zucchini and weeding rows of sunflowers on their family farm. Their father, Ken A. Elliot, founded Lakeville’s Elliot Farm in 1997, when Dee and her brother were eight and nine years old.

In 2014, Ken A. semi-retired and passed the baton to his children, who took over the ownership and management of the farm. Dee and Ken F., now second-generation farmers, are determined to keep agriculture in their community for generations to come. Dee is equally committed to using thier fresh produce to fight hunger and food insecurity in the community.

Before taking over management of the farm, Dee earned a master’s degree in nonprofit management and then spent 10 years working in the nonprofit education sector. In 2018, Elliot Farm began work to help solve hunger with farm-fresh produce. 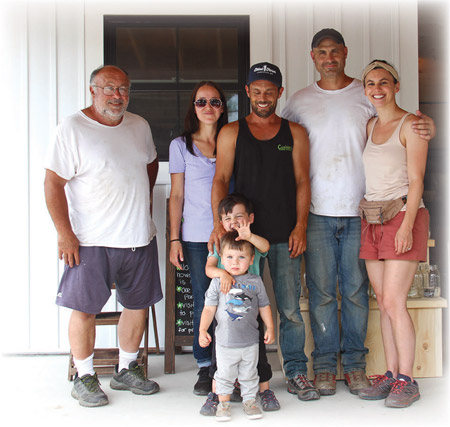 The Elliot Farm family of Lakeville.

Dee combined her nonprofit and farming experience to start Farm & Community Collaborative, Inc. The organization helps to alleviate food insecurity by improving access to local, farm-fresh produce for underserved populations within the Gateway Cities of Brockton, Fall River, New Bedford, Taunton, and surrounding communities. “I always knew hunger and food insecurity were issues, even in our region,” said Dee. “I always thought, how wonderful it would be if food banks were stocked with farm-fresh produce and healthier food.” Farm & Community Collaborative, Inc. primarily serves disadvantaged populations, and those populations often have diet-related health issues, explained Dee.

The nonprofit and the farm are sister organizations. The Collaborative’s primary purpose is to alleviate food insecurity by providing fresh produce to community members in need, but it also supports and sustains Elliot Farm and other small farms in the region.

Farm & Community Collaborative launched its programs in 2019. The first year, the Collaborative partnered with Elliot Farm, Colchester Farm in Plympton, and Silverbrook Farm in Dartmouth to deliver 6,000 pounds of produce to local food banks.

At the beginning of the nonprofit’s second year, COVID-19 hit, and food insecurity became an even greater problem. According to Project Bread, when the full impact of the pandemic reached Massachusetts, food insecurity doubled.

Farm & Community Collaborative did everything it could to support the community during the pandemic. It ramped up fundraising and set a goal to deliver 20,000 pounds of produce to its food bank partners. The participating farms likewise ramped up production.

“In 2020, the Collaborative delivered 65,000 pounds of produce to food banks, 50,000 of which came directly from Elliot Farm,” said Dee. Sixty-five thousand pounds of produce is a lot of food—over 32 tons! Rather than resting on her laurels, Dee further expanded how the nonprofit and the farm could partner together to help the community.

In addition to donating produce, Elliot Farm wanted to support local families with CSA shares. In 2020, Farm & Community Collaborative, in partnership with Elliot Farm, launched Nourish Our Neighbors. “The program focuses on raising funds to support farm shares for local families that are struggling with food insecurity,” said Dee. In its first year, Nourish Our Neighbors was able to provide ten shares. “This year, so far, we have raised enough funding to provide 65 shares.”

When this article was written, fundraising for Nourish Our Neighbors was set to close at the end of June. The goal for 2021 was to provide shares to 100 local families, and Dee was hopeful they’d reach that goal.

During the pandemic, Elliot Farm’s efforts to combat hunger and food insecurity continued to blossom. Dee learned about a grant for food producers to address urgent food insecurity for Massachusetts residents as a result of the COVID-19 pandemic.

Dee knew the grant was a perfect fit, and in December of 2020, Elliot Farm announced that it had been awarded a $500,000 grant. The grant, part of the Commonwealth’s new $36 million Food Security Infrastructure Grant Program, allowed the farm to build a new farm stand and food storage facility.

“Our programs were already set up to fulfill the need the grant addressed,” said Dee. “I started the work a year before the pandemic, and then the need exploded. Winning the grant will allow us to continue to grow and serve the community.”

The new farm stand will have more food storage, processing, and packaging capabilities. The basement will include a cold-storage facility. The stand will also have a small commercial kitchen where the farmers can cut squash and shuck corn, among other things.

The new stand will also have nearly three times as much indoor and outdoor retail space and a large deck overlooking the pick-your-own sunflower field. Dee says it will be a one-stop shop for local goods. The extra space will allow the farm to expand its local offerings to include dairy products (milk, cheese, ice cream), baked goods (muffins, pastries, artisan breads from a local baker, and apple cider donuts), prepared salads, and, of course, more fresh fruits and veggies. There will also be a self-serve coffee bar featuring Plymouth’s Speedwell coffee.

In her free time during the pandemic, Dee started making jewelry as a quarantine hobby. She says what started as just a fun project turned into a closet filled with boxes of earrings. Dee decided to sell the jewelry as a fundraising tool for Nourish Our Neighbors. The jewelry is made with sustainable, local materials like cork, seed, nut beads, and raw brass. Dee plans to continue to make the jewelry and sell it at the new farm stand. All profits from jewelry sales will support charities that are working to solve hunger and food insecurity.

The new farm stand is now open seven days a week, from 10:00 am to 6:00 pm. In the past, the farm stand stayed open through October. This year, with the new facility, the farm stand’s season may be extended, possibly staying open until December.

Elliot Farm’s most popular crops are its butter-and-sugar sweet corn, beefsteak tomatoes, and summer and winter squash. The farm also grows lettuce, basil, eggplant, peppers, watermelon, pumpkins (it offers PYO in the fall), and more. Pick-your-own flowers are available through September, depending on the weather. The farm partners with other local growers to bring in items it doesn’t grow, like blueberries.

For Jim Lough and Dee Elliot, it’s all in a day’s work.

As Elliot Farm continues into its third decade, some things remain unchanged. Ken. A. can still be found working in the fields sometimes, and sweet corn is still eagerly awaited by the local community each summer. At the same time, the farm is evolving. Dee and Ken. F. started the CSA program shortly after taking over, and in 2019, Dee’s husband Jim Lough joined the family business, bringing organic farming expertise with him. Moving into the future, Elliot Farm will continue to feed its community, work to alleviate hunger, and support other local farms in the process. For the Elliots, it’s all in a day’s work, and the community is certainly better off for it.

Lauren Diggen is a local writer who loves visiting farm stands and farmers’ markets during the season. At press time, she’ll have tried Elliot Farm’s famous corn—both the sweet corn and Silver Queen corn, which she doesn’t often find north of Baltimore, where she was raised, and her family still resides. 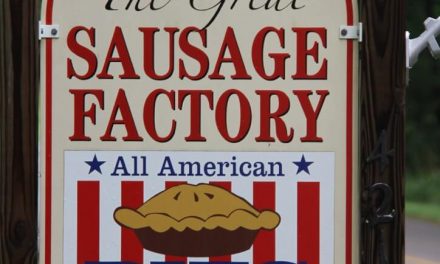 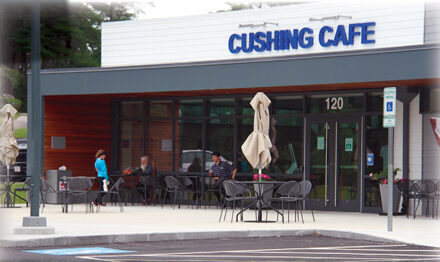 Cushing Cafe, The Delicious Reopening of a Pillar of the Community in Hanover MA