My Daughter. My Sister. My Wife. My Best Friend. Me. 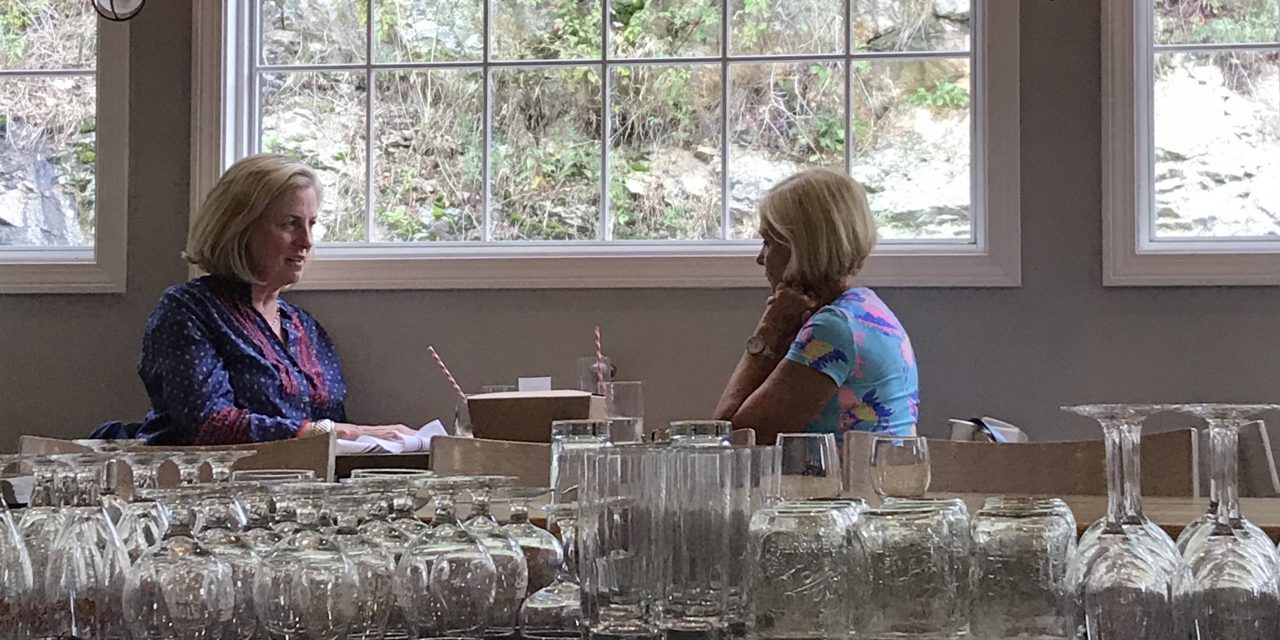 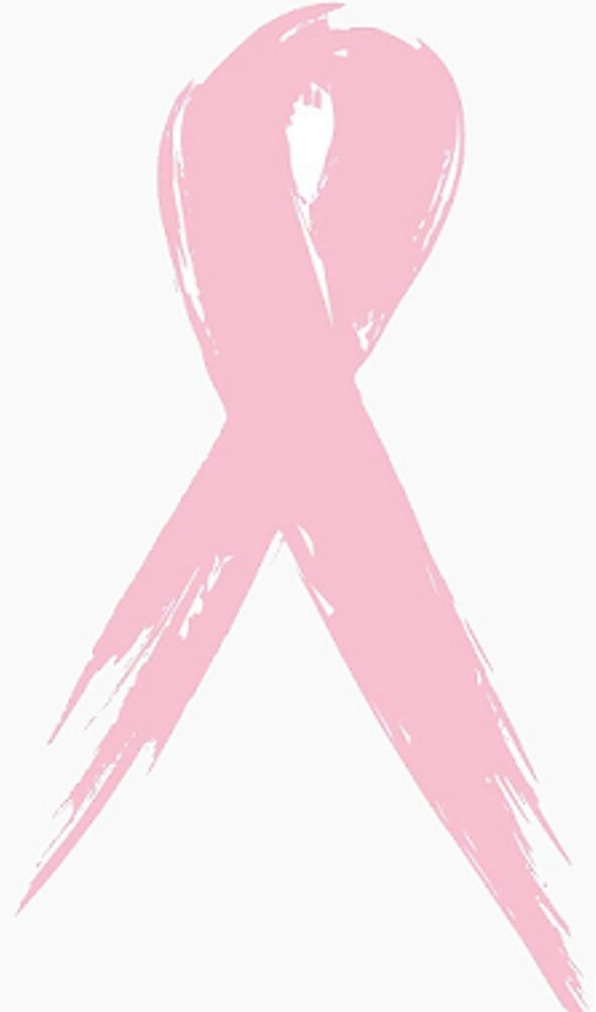 Each October, as The Corner Stop Restaurant in Hull marks Breast Cancer Awareness Month, proprietors Ron and Rudy Vale feel privileged to hear the stories shared by their patrons–stories about the women and men in their lives who have been touched by breast cancer, each one bearing witness to the terrible impact of this disease.

In 2013, when they first opened the restaurant, the Vales were building their new business, never envisioning that their focus would soon shift to include advocacy for the fight against breast cancer. But that all changed in 2014 after Rudy was diagnosed with breast cancer. As she recalls, “The first year was just about getting through the treatment. When October came rolling around the following year, I thought ‘I have a story to tell and a public platform.’” A self-described private person, Rudy continued, “I couldn’t have gone through it and stayed private. It’s an impulse you have to reach back and grab a hand and help them [women with breast cancer] get to the other side.”

One of the ways the Vales do this is through fundraising. During the month of October, the Vales donate 10% of the restaurant’s revenues to the Breast Cancer Research Foundation (BCRF), donating $64,000 over the past three years. Based on Rudy’s research, the BCRF is one of the most efficient breast cancer charities, minimizing overhead expenses and funneling the most dollars to research. The Vales also hold a raffle, selling $20 tickets to patrons throughout October for items ranging from jewelry to a food and wine pairing held at the restaurant. The prizes generously are donated by local businesses as well as some of the restaurant’s suppliers and, in 2017, there were 15 items raffled. At the end of the month, the couple’s children pick the winning ticket. Rudy noted, “What we realized–and this is really telling about what’s in people hearts–is that people weren’t buying the tickets for the raffle prizes, but to support the cause.”

Rudy also uses the month of October to spread the word about the importance of early detection, especially since breast cancer is one of the few cancers for which there is a screening tool. As she relates, “The fundraising is a big part of it, I don’t want to undersell that at all.” But, there’s more. Rudy’s mantra has become, “Make that appointment [for a mammogram] and show up. I made that appointment, I showed up, and they caught it early and I ended up here because of that. I have heard countless stories where women were my age and didn’t want to do it or were scared to do it or did it once every three or four years.” Rudy hopes her advocacy can encourage other women to be proactive about their breast health.

This October, in honor of Breast Cancer Awareness Month, follow Rudy’s wise advice and show up. Show up at The Corner Stop Restaurant to support their fundraising efforts and, of course, to enjoy a delicious meal. More importantly, make the call, schedule the mammogram and show up! 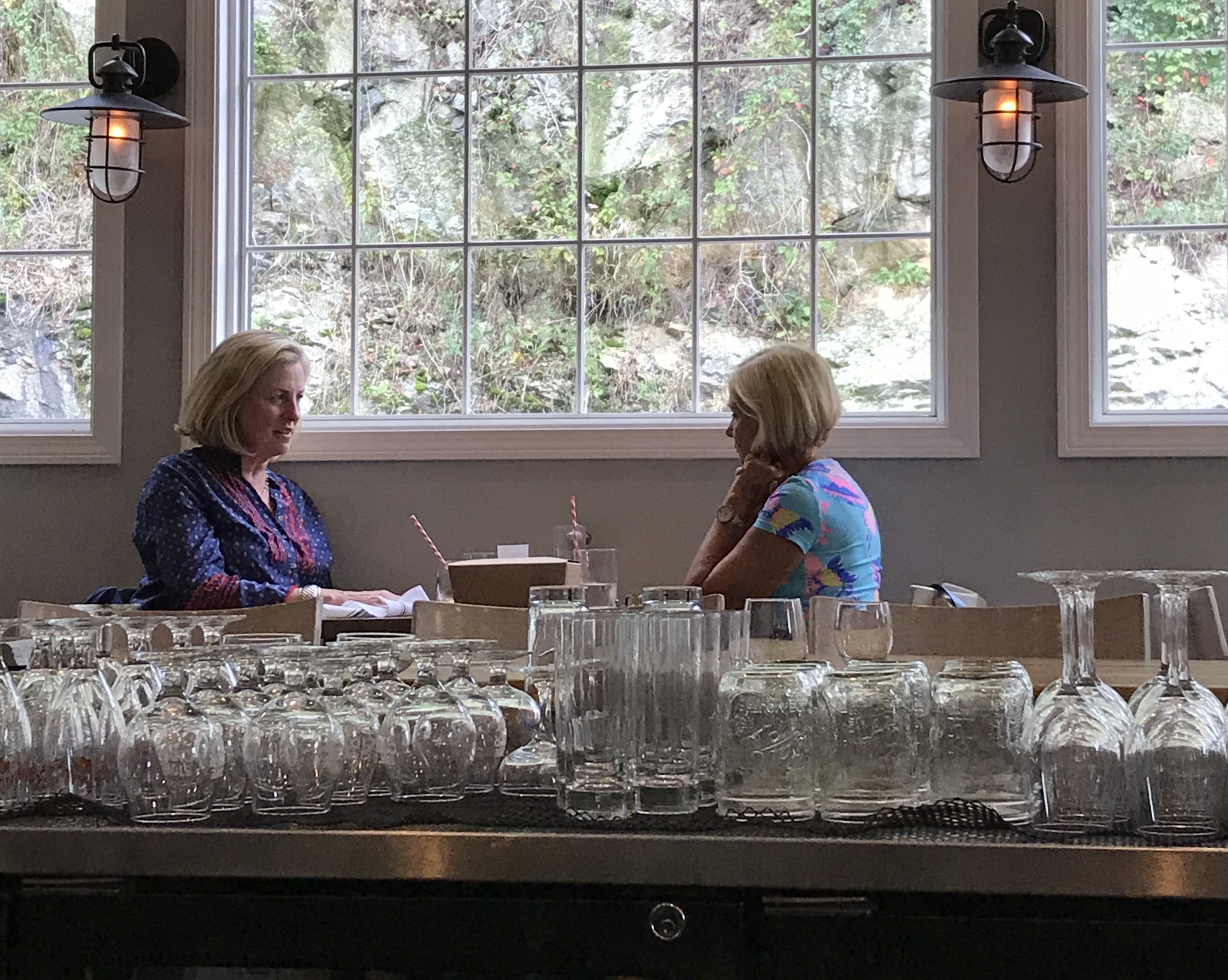 Julia Powers finds that connecting with inspiring people and telling their stories is a favorite aspect of being an eSS&SC writer. This was especially true with Ron and Rudy Vale, two people who decided to use a deeply personal and difficult health challenge to improve the lives of others.