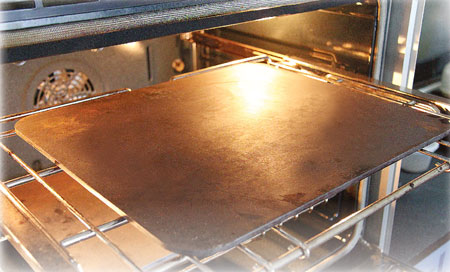 Pizza lovers are a passionate bunch. As any New Yorker will tell you, you just can’t get a decent slice anywhere but the Big Apple. Chicagoans scratch their collective heads on why deep-dish pizza isn’t “a thing” outside of the Windy City. And, in Southeastern Massachusetts thin crust, bar pies prevail. When you talk to home pizza cooks, the debate only intensifies: homemade dough or store-bought? Mozzarella or provolone? But if there’s one point of agreement among home pizza cooks, it’s that it’s virtually impossible to bake a crisp, Neapolitan style crust in a home oven. For these pizza cooks, that shatteringly crisp crust remained an elusive holy grail until seven years ago when Cohasset resident Andris Lagsdin had an ah-ha moment which not only transformed homemade pizza but rebooted his life and career as well. And like most transformations, the second part wasn’t always so simple. 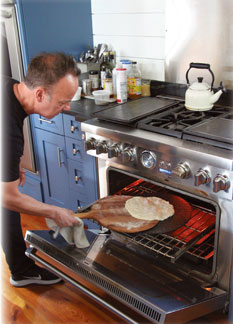 After college, Andris decided to forgo the opportunity to join his family’s steel business, Stoughton Steel, which manufactures products for industrial equipment companies such as Caterpillar and John Deere. Instead, he followed his passion, attending culinary school and working in several Boston area restaurants, including a stint with Todd English. Years later, needing a change, he left the culinary world and joined the family business. In 2011, still passionate about food, he read an article about Modernist Cuisine, an encyclopedic mash-up of a cookbook and science text, which posited that the key to creating Neapolitan style pizza was putting a piece of steel on your oven shelf. A passionate pizza lover, Andris was intrigued and, heading straight to the shop floor, he grabbed a piece of steel and experimented. “For the first time I had a crispy bottom,” he remembers. “And for anyone who has made pizza at home, we all struggle with that!”

Although everyone at the company liked the idea of a producing a baking steel, the collective thought was that it was a big departure for a company that produces a piece of equipment for Caterpillar to come out with a piece of kitchen equipment and sell it. So, for about nine months, he shelved the idea. But, as he learned, a good idea is hard to quash. “One morning, I woke up and decided I’m going to do something with this,” he recalled. After reflecting on his job in the family steel business, Andris concluded, “I have two young kids. It was hard telling them what I was doing every day. I didn’t believe it myself. It wasn’t my passion. I am trying to show them how to live with passion.” So, “for the next six months or so, I did a lot of research and development. A lot of reading, and soul-searching.” Ultimately, he concluded, “Whether I fail or not, I’m at least going to give it a shot because I really believe in this thing.” And, with that, Baking Steel was born.

For those on the cusp of launching a business, the internet has transformed the process, literally opening up a world of possibilities. After much thought, Andris made the decision to launch Baking Steel on Kickstarter, a website that uses micro-investing to crowdfund creative projects. As Andris recalls, “I thought if I could sell 50 units a month, it would be a cool little side hustle. But Kickstarter changed everything. We sold 500 units in 30 days. And not only did we sell 500, but we got some prototypes out during the Kickstarter phase to some influential people in the culinary world.” Launching with Kickstarter gave him the added bonus of early customer feedback, allowing him to refine the product over time by adding some different sizes and thicknesses as well as a griddle. Today, Baking Steels are sold directly to the consumer through the company’s website, on Amazon, and at Sur La Table. 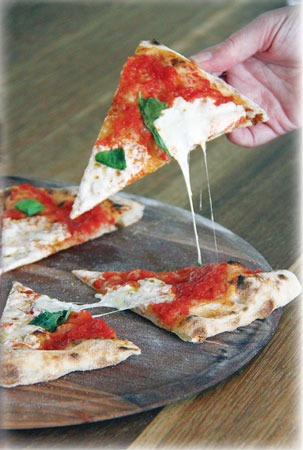 How exactly does the Baking Steel transform the pizza-making process? Andris explains, “We know stone and steel both get heated to 500°. What happens when you open the oven is that the stone loses heat and, when you place the dough on the stone, it loses more heat. The steel doesn’t lose as much heat because it stores 18 times the energy as stone.” Although simple, this heat retention is the key to the making pizzeria quality crust in a home oven. As Andris notes, “We can replicate 900° in a home oven at 500° because of heat transfer. Game changer.” And because the Baking Steel retains its heat, the pizzas cook quickly (3-4 minutes); the second pizza cooks as quickly as the first.

Along with his business partner Craig, who joined him in 2015, Andris actively engages potential customers on both Instagram and Facebook with mouth-watering photos, as well as some how-to videos of pizza, breads, breakfasts, and burgers cooked on Baking Steel products. In late 2017, Andris published a cookbook, which functions both as a wonderful resource and another sales tool for Baking Steel. Andris and Craig also offer intimate pizza classes in a renovated barn behind Andris’ Cohasset home. These educational and fun social evenings introduce the guests to cooking pizza on the baking steel while enjoying the delicious results.

Today, thanks to a great idea and a whole lot of hustle, Andris revamped both his career and his life, all while making home pizza cooks (and those around their tables) very happy along the way. Was it worth it? “Absolutely,” Andris concludes with a smile… especially by the measure that means the most: “My kids get to see me happy.”

Julia Powers (writing for eSS&SC for eight years) has been thrilled to witness the continued transformation of our local food culture. She has gained a deep respect and admiration for the farmers, fishers, and artisan producers whose hard work is helping transform our broken food system.