It Looks Like A Cut & Dry Business To Me : Farming Hay in Rochester MA 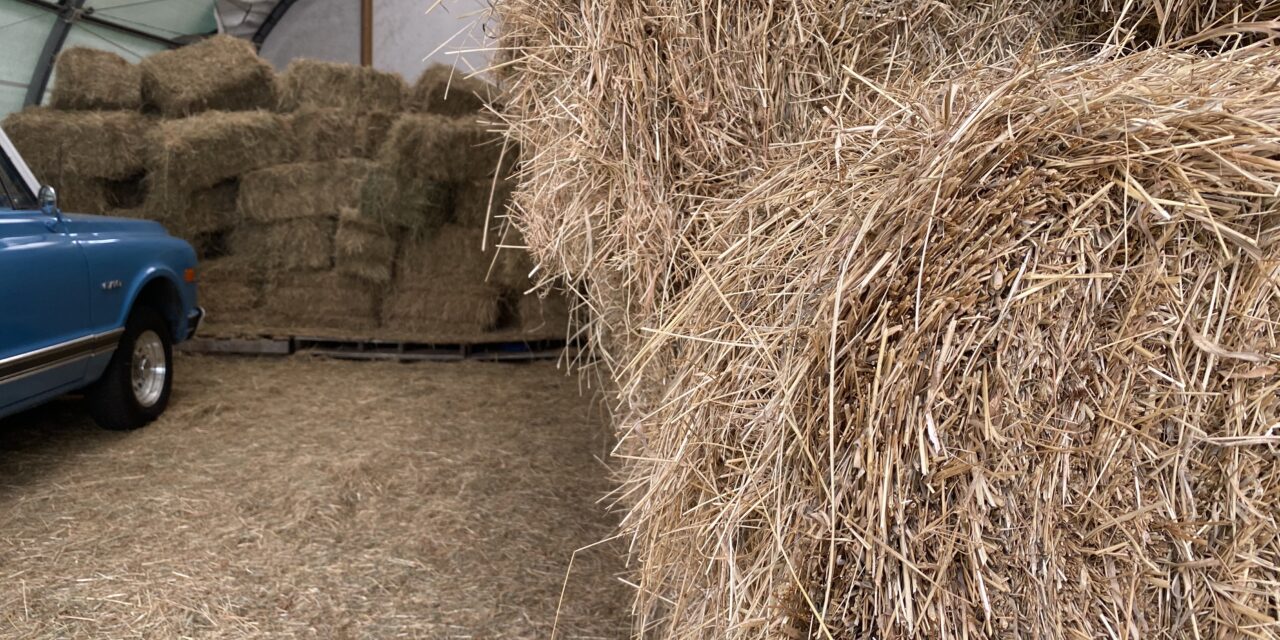 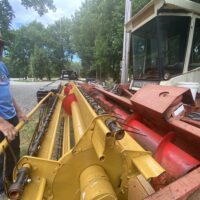 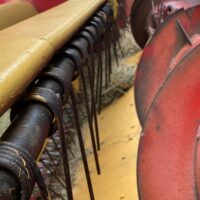 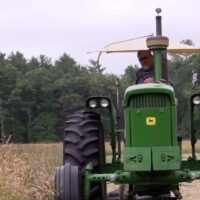 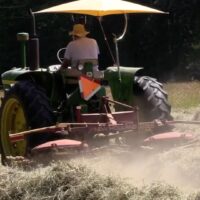 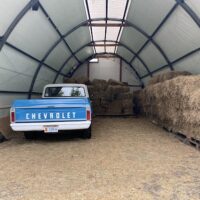 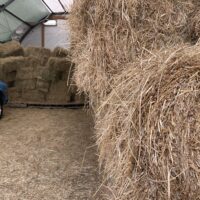 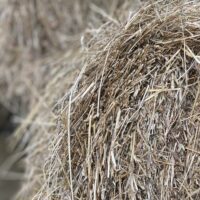 One Saturday afternoon in June, while driving down New Bedford Road in Rochester, I spotted a green tractor mowing a vast hayfield. The sun was blazing, and I recalled the weatherman warning, “It is going to be a hot one today!”

In Rochester, pastures are ubiquitous. I drive past these fields every day but I had never once witnessed who mowed them or what “they” did with all that hay once it got all tall and waving. But not on that day! The excitement consumed me and I couldn’t believe my luck. So I did what any curious person would do— I turned my car around and headed towards the hay.

At 444 New Bedford Road in Rochester, 78-year-old Ned Johnson was doing what he loves, farming hay. He started farming hay at 12 years old in 1954, while working for a farmer in Mattapoisett. He earned two dollars an hour. “Back then it was a lot of money,” Ned boasted.

He recalled the first time he drove on the road by himself. “I think I was 12 or 13. I went to New Bedford with a big dump truck to pick up some grain. I will never forget that. Nobody ever stopped me or anything.” 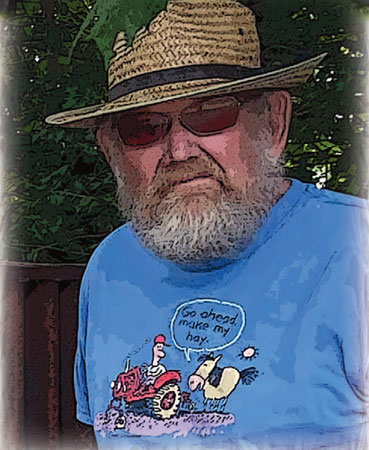 His 12 acres of land used to be an apple orchard back in the early 1900s. His father bought it in 1936 and decided to grow daffodils, shipping them to New York. Then it was converted to a chicken farm. Ned bought the land from his father in the 70s. He started growing his own hay in the late 80s.

It was not until 2006, after he retired from his career as a utility contractor, that he invested in the equipment to become a full-time hay farmer. “I started buying stuff little by little and this is where we are now,” said Ned.

Equipment and an Eye to the Sky

Haying is an expensive endeavor, says Ned, because of the equipment. He uses a John Deere 4020 and John Deere 3010, the main tractors for harvesting hay; a John Deere 730 1959 diesel tractor for tedding cut hay; and a John Deere 1520 tractor for loading and hauling EZ Trail bale baskets. His equipment comes from Arkansas, Canada, and Ohio. “There is nothing around here that is any good. You have to go where the farms are,” explains Ned.

So, what is it like to grow hay? It means being glued to a weather channel all day, every day. Ned wakes up every morning at 5:30 AM and turns on the radio to listen to the weather report, then watches the weather on TV. Just to be thorough, he checks the weather radar on the internet. “It drives my wife crazy, looking at the weather all the time,” Ned declares. If you find the right station, somebody is always right; you just have to know which one.”

When the meteorologist gets it wrong, Ned loses money. He lost eight acres last year off the second cutting. “It wasn’t supposed to rain for five days and it rained the next day,” he says. “I just left it to rot. It wasn’t worth baling.”

“When I was a boy, you could cut hay one day and you bale it the next! It was so dry in the summer,” Ned recalls. Depending on the weather and winds, it takes three to four days for hay to dry out once cut. “Now the grass is all green and it rains every other day,” Ned explains. “The hay keeps growing and growing, but you can’t cut it.”

In times past, hay farmers could get about three cuts per season. These days, Ned says he is lucky if he can manage two, with all the precipitation. “The north wind is dry, that’s the best wind. The south wind is off the ocean, so it’s damp and bad for the hay.”

Hay farmers “ted” hay before baling. Tedding involves aerating the hay, usually with a tedding machine, to let it dry out and cure thoroughly, which improves its aroma and color. Skipping this step could also cause a barn fire due to spontaneous combustion.

The precarious business of haying may sometimes be stressful, but as the saying goes, if you do what you love, you will never work a day in your life. All the better, since Ned warns, “Do not farm hay if you want to get rich.” He says there isn’t a high demand for hay in Massachusetts or in the region.

One bale goes for $6.50. However, Ned charges $7.50 for a bale of second-cut hay “because it’s more nutritious” due to the higher proportion of green growth. Most of his hay goes to local horse farms. Occasionally people with goats or pigs purchase from him. In the fall, some people also use hay for decorations.

“I just love to do it,” Ned affirms. “You cannot really make a living off it unless you get really big. And you cannot grow too big because there aren’t big farms around demanding big orders.” Besides, he is retired, and haying keeps him active and occupied no matter what the summer weather is like.

“If you have the land, why not farm?” Ned says, “It is better than having solar panels and houses built on the land.”

Queen Carberry Banda was born and raised in Tanzania. A 2015 Bridgewater State University graduate, she currently works full time for Wareham Community TV (WCAI). You can hear her on the weekends on WCAI, where she enjoys reporting and storytelling. 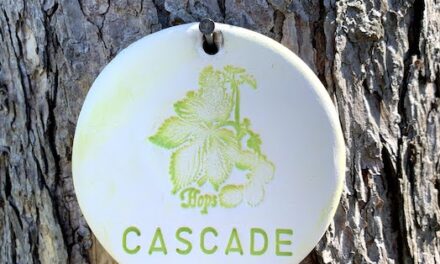 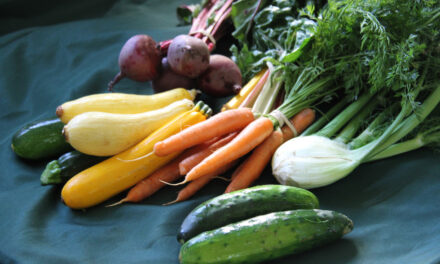 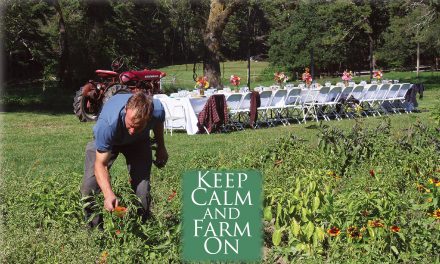 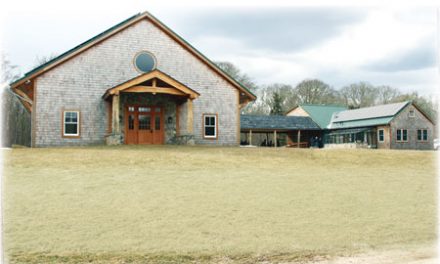 Round the Bend Farm • Dartmouth