Priced Out of the Market – High Cost of Massachusetts Farmland

I know what you’re thinking. An article on the high cost of Massachusetts farmland? Boooring! Trust me on this one—if you are a farmers’ market regular, this matters. Devoted to the delicious pastured eggs you get from the farmer in the neighboring town? This matters. If your Community Supported Agriculture (CSA) membership has your family eating more vegetables, this matters. In this issue, we explore living on the fringe. For a whole host of reasons, farmers live on the fringe financially, and in Massachusetts, land cost is a big 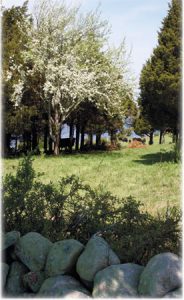 It is no secret that real estate is expensive in Massachusetts. This holds true for agricultural land too. In the Commonwealth, farmers face land costs that are higher than most of their peers experience across the country. According to the 2012 USDA Agricultural census (the most recent available), Massachusetts had the fourth highest land value in the country at $10,400 per acre, and depending on where in the state the farm is located, land costs can skyrocket even higher, with land near major cities and the coastline commanding a steep premium. Compounding the problem, commuters have become willing to travel longer distances to find more affordable housing options. Over the past decades, suburban developments have encroached on land that was once dedicated to agriculture, further driving up the land prices. Paul Schmid, a beef cattle farmer from Westport, has a unique perspective. He is a second generation owner of River Rock Farm, as well as a state representative and chair of joint committees on environment, natural resources, and agriculture. These dual roles have helped him see both sides of the issue; as he observes “the high land prices reflect the fact that our farms are close to urban areas and have development potential, but (being close) gives us access to markets, allowing us to sell directly to consumers. Capturing the full retail value makes the difference between viability and non-viability in farming.”

According to the Massachusetts Department of Energy and Environmental Affairs, over 16,000 acres of open space, much of it former farmland, is lost to development each year. Cody Callahan, of Rehoboth’s Oakdale Farms, experiences this first hand. He observes, “it is a struggle to find the right piece of land; a lot of it is being developed.” With the 2012 USDA Agricultural census showing average net cash income per farm of $5,093 annually in Massachusetts, there is not a lot of extra cash kicking around for a hefty mortgage payment, leaving many farmers unable to purchase their most basic asset: land on which to farm. As farmer Ben Wolbach of Skinny Dip Farm, located in Westport, MA and Little Compton, RI observes, “land prices are certainly not based on what you can earn by growing on it.” 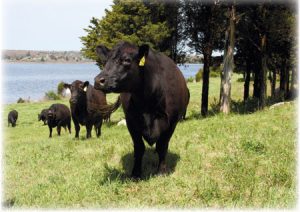 Being priced out of the real estate market couldn’t come at a worse time for Massachusetts’ farmers. According to the American Farmlands Trust, 30 percent of farmers in the Commonwealth are 65 years or older, and it is expected that the 1.4 million acres of farm land they collectively own will change hands over the next 20 years. Only 10% of these senior farmers currently have a younger farmer (defined as less than 45 years old) working with them. For the other 90 percent, the succession plan is less clear. Will they sell their land? And, if so, who will the buyer be? Focus groups run by American Farmland Trust found that elder farmers want their land to remain dedicated to agriculture, but the financial reality is that their land is their primary asset, and when it comes time to retire many farmers rightfully want to maximize their sales price. Unfortunately, the land may be more valuable if sold for non-agricultural use. As Karen Schwalbe, Director of Southeastern Massachusetts Agricultural Partnership (SEMAP), points out, “farmland is priced at development rates and there are very few incentives to preserve it,” creating a real risk that agricultural acreage will decrease in the Commonwealth in spite of the growing demand for food that is locally-grown and raised. Karen points out that farmers who don’t own land, “have no security. This is the biggest issue facing farmers today.”

With buying a farm out of reach, leasing land has become the norm for many first-time farmers. As Ben Wolbach observes, “we stopped saying we want to buy land because it sounds so unrealistic. Now, we are just looking for a secure situation.” Ben and his wife Hannah own a home in Rhode Island with an acre of farmable land, but lease land in Massachusetts for the majority of their acreage. The Wolbachs, like other farmers who lease land, are in a difficult position. Successful farmers constantly invest both money and sweat equity into their farms—amending soil, improving the farm’s infrastructure, and rotating crops to maximize crop yields. But, not knowing if they will be farming the same piece of land from one year to the next leaves the farmers hesitant to make these investments. As Ben notes, “a year-to-year lease is a pretty risky endeavor.”

A long-term lease, while not giving the farmers the benefit of an appreciating asset, is often the next best option. While farmers have different definitions of long term, many farmers hope for a lease of at least five years. Andrew Thornhill and Dave Sanders are young farmers who worked for several years at Dartmouth’s Silverbrook Farm. In January 2016, when the owner decided to transition out of farming, Andrew and Dave were able to purchase the farm assets and the thriving business, which includes a 400 member CSA, while leasing the land from the former owner. They currently have a five-year lease on the land and Andrew noted, “we are very, very lucky to be in the position we are in.”

Government leaders, as well as those in the charitable sector, have long recognized that the Commonwealth’s high land costs are prohibitive to farmers, and could potentially stunt the our agricultural sector. Several programs are available to help keep farmers farming in the Commonwealth.

The Agricultural Preservation Program (APR): Started in 1979, this program was the first in the country to address the economic realities that can lead farmers to consider selling their land for non-agricultural uses. Under this program, the farmer agrees to a place a permanent deed restriction on the land guaranteeing it will remain in agricultural use. In exchange, the Commonwealth pays the farmer the difference between the fair market value and the agricultural value of the land. This deed restriction ensures that the land remains in agricultural use for perpetuity, whether the farmer retains ownership, sells the property or leases it to another farmer. The APR program has been used to preserve over 800 farms and over 68,000 acres since its inception. To be eligible to participate in this program, there has to be a minimum of five acres of land, it has to have been actively farmed for the past two years and it must generate at least $500 in gross sales.

Chapter 61A: This program allows farmers to pay lower property taxes on land used for agriculture. Taxes are assessed based on agricultural value, not development value, which is set each year by the Farmland Valuation Advisory Committee. While this program helps keep land more affordable for farmers, there are aspects of the program that frustrate many small farmers. Five acres is the minimum acreage considered for the program, precluding many smaller farms throughout the state from participating. In addition, the land is required to produce only $500 of gross sales annually, which opens the door for someone to grow low-value crops such as hay or cover crops. Although a legitimate agricultural use, does not do much to meet the increasing demand for locally-grown vegetables and fruits, or locally-raised meats.

Conservation Rights: Selling land to conservation groups such as the Trustees of the Reservations, Wildlands Trust (Plymouth), or the Dartmouth Natural Resources Trust, enables farmers to preserve land for agricultural use while allowing them to get paid for the equity in their property.

A Call to Action

For those of us who value locally-grown food, with all of its nutritional, economic, and environmental benefits, the fact that many farmers can’t afford to buy the land on which they farm is simply wrong. While living on the fringe can have many positive connotations—freedom, creativity, and independence among them—it is not fair to ask farmers to live on the economic fringe while bringing us the kind of food that we value. We must demand more from our governmental leaders, including better funding of existing programs and new, more creative ways to address the structural problems that provide generous subsidies to farmers of certain crops—yes, corn, soy, wheat, and cotton, I am talking about you—while leaving farmers of vegetables, fruits, honey, and locally-raised eggs and meat unable to afford to purchase the very land on which they farm. This matters! 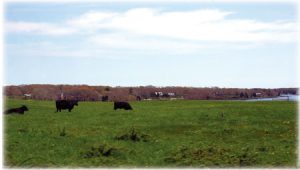 Julia Powers is a writer and nutritionist from Hingham. One of the many reasons she frequents farmers’ markets is to connect with Massachusetts farmers who share her commitment to food raised with integrity.