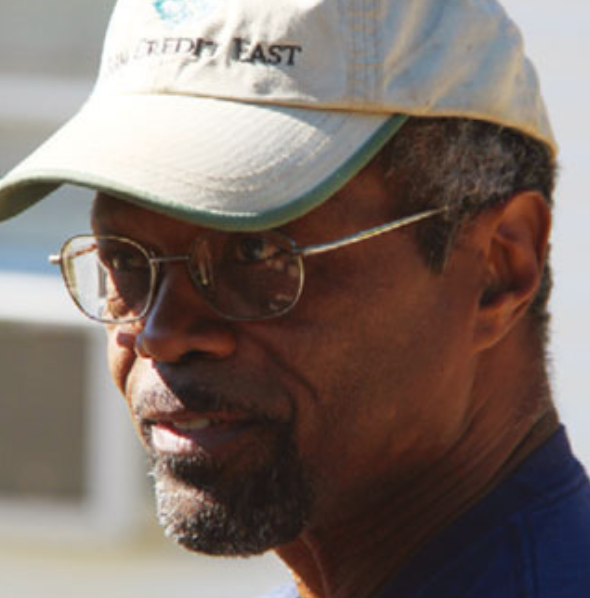 Cranberries are one of a handful of fruits native to North America. For those of us who live in Southeastern Massachusetts, cranberries hold a special place in our collective hearts. In a tradition started in our own backyard, these tart berries play a starring role on Thanksgiving tables across the nation. Bogs dot roadsides throughout our region, and each fall, blanketed in crimson, their beauty takes our breath away. We think of these berries as our own; we make them into jelly, bake them into muffins, and tuck them into sandwiches. Along with baked beans and lobster, cranberries are a food that defines New England.

With its sandy soil and plentiful sources of fresh water, Southeastern Massachusetts is an ideal spot for growing cranberries. Plymouth and Bristol counties alone are home to 347 cranberry farms including Carver’s picturesque Fresh Meadows Farm. Owned by Dom Fernandes, Fresh Meadows is one of the few area farms growing certified organic cranberries. And, an increasing number of people who value locally grown organic food, including our beloved native fruit, are thrilled that he does. 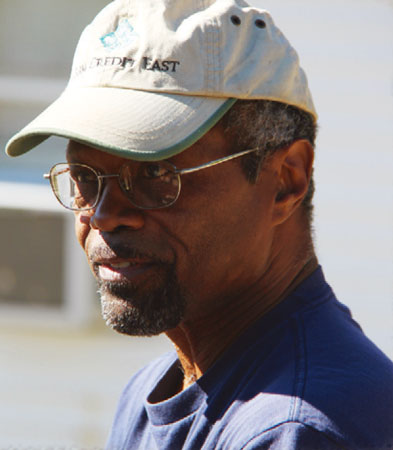 Dom is the third generation of his family to farm the land known as Fresh Meadows Farm. In the 1920s a series of droughts devastated the economy of Cape Verde, which led Dom’s grandfather, John Alves, to immigrate to the United States. As farmers in their homeland, John and many of his fellow Cape Verdeans found their way to Southeastern Massachusetts to work as laborers in the expanding cranberry industry. In 1945, after decades of working for others, John purchased land in Carver and began building his own cranberry bogs. In addition to the bogs, the farm also boasts a cranberry sorting house dating from the late 1800’s and cranberry sorting machines that are nearly 100 years old. Although they have been slightly updated to accommodate food safety regulations, Dom finds these machines were so well designed they compare favorably with their modern counterparts.

Becoming a Cape Verdean bog owner was a rarity; Cape Verdeans were constrained by lack of capital, and as Dom noted, “most sent money back to the old country” to help family left behind. Unfortunately, John passed away before the bogs were completed, but his children, Arthur and Albertina, completed the project. Over the subsequent decades, the family continued to farm the land, but when Dom came of age, cranberry farming was not part of his plan. Instead, he worked in social services and was pursuing his Masters degree. However, in 1981, after his father passed away, Dom ‘temporarily’ moved home to help manage the bogs and eventually decided to remain on the farm. Thirty-five years later, he has put his own mark on the tradition started by his grandfather. In 2008, after a three-year certification process, Dom established Fresh Meadows Farm as the organic arm of his cranberry operation.

Although cranberries take center stage in the fall, growing the little berries is a year-round operation. In the winter, bogs are flooded to protect the vines from freezing temperatures and come spring, the bogs are intermittently flooded to protect the fragile buds from freezing temperatures. With 9,000 gallons per acre needed to flood a bog, it is an expensive endeavor. Farmers have to balance this costly practice with the need to protect the crop from damage. Come harvest time, the majority of cranberries in the United States are wet harvested—the berries are loosened from the vine by machines and then float to the top where they are gathered. Dom explains the benefits, “it’s less labor intensive, you generally are picking much larger crops and pretty much every variety of berry will lend itself to wet harvest.” Although more cost-efficient, this type of harvesting slightly bruises the fruit, making it best suited for juice, jellies, and as dried fruit. In contrast, Fresh Meadows Farm uses dry harvesting where the fruit is dry harvested by mechanical pickers. This type of harvesting comprises less than 5% of the entire industry and is used for cranberries that will be sold fresh or frozen whole.

Currently, Dom farms 22 acres conventionally and 8 acres organically, with hopes of adding an additional 6-7 organic acres in the near future. At Fresh Meadows Farm, he grows two heirloom varieties—Early Blacks and Howes. Organic farming, he observes, “is a total different process. You are constantly reassessing. I still find myself getting antsy, should I be doing this? Should I be doing that? You have to take your conventional cap off.” 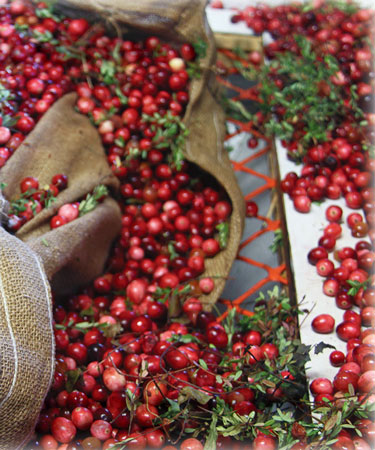 Through trial and error, Dom adapted standard industry practices to maximize his yield. For example, sanding (spreading sand over the bogs) helps with insect control; all cranberry farmers sand, but because they don’t use pesticides, organic growers rely more heavily on this method. In addition, each spring Dom floods the bogs for 30 days because it “disrupts the cycle of some of our traditional pests and it also disrupts a lot of the fungal pressures.” As any home gardener can sympathize, Dom has found “there is no easy way to maintain weed control. It has to be done manually, that is one of the higher production costs we incur in organics.”

To maintain organic certification, every part of the operation needs to be organic. All inputs, including the sand and water, are part of an approved organic plan, and all equipment and water usage has to be dedicated to the organic operation. These factors translate into a 2-3 times cost premium over conventional berries; a cost an increasing number of consumers are happy to pay.

Since the 1980’s, Fresh Meadows Farm, like all Massachusetts cranberry farmers, has faced increasing competition from growers in Wisconsin and Canada. As Dom explained, “when the market was really growing and the margins were much higher, Wisconsin really took off. They are now the largest (cranberry) growing region” harvesting 3-4 times that of Massachusetts growers. Wisconsin had available land, acreage was laid out in a much more efficient manor, and planted with more efficient hybrids, so their cost per barrel was much lower. Last year, Eastern Canada surpassed Massachusetts, becoming the second-largest cranberry growing region, especially for organic berries. The colder Canadian climate leads to fewer insects and fungus risk, giving them the advantage of lower production costs. However, Dom, like his fellow Massachusetts cranberry growers, is heartened by the increasing recognition around the benefits of “buying local”, as more consumers seek out Massachusetts-grown cranberries. And a burgeoning number of people are willing to pay a small premium for organic cranberries. As long-time customer, Susan Play fair observes, “Buying his (Dom’s) organic berries grown without pesticides is my small way of promoting healthier food choices, helping to protect the lives of bee pollinators, and ensuring that I and those I buy for are doing what we can to create a more sustainable environment.” For Dom, this makes the challenges of organic cranberry farming worth it. As he reflected, “When I first started doing organic, it was really more of an experiment, I didn’t know if there was any chance of remaining viable. I am much more encouraged nine years later that not only can it work, but that I can grow it and that it is here to stay.”

As ancient glaciers moved through New England, they carved small hallows that were filled with sand, peat, clay, and gravel when the glaciers receded. This created ideal conditions for the low-lying cranberry vine, which thrives in acidic, sandy soil. Native Americans used this fruit in a multitude of ways—medicinally, as a clothing dye, and for food. Pemican, consisting of dried deer meat, fat, and cranberries was a kind of Native American energy bar that sustained hunters on long journeys. Introduced to these tiny red berries by the Native peoples, European settlers dubbed them craneberries since their stem and delicate blossom resembled the bill of the crane.

Fresh Meadows Farm cranberries can be purchased at:

Julia Powers is a nutritionist and writer based in Hingham. Fresh Meadows Farm cranberries make frequent appearances on her family’s table in everything from smoothies to cranberry-orange pork tenderloin.