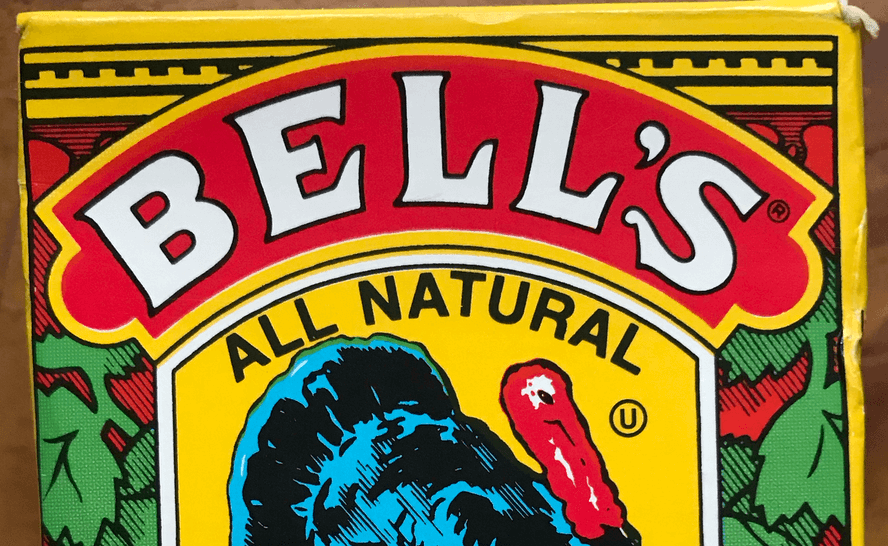 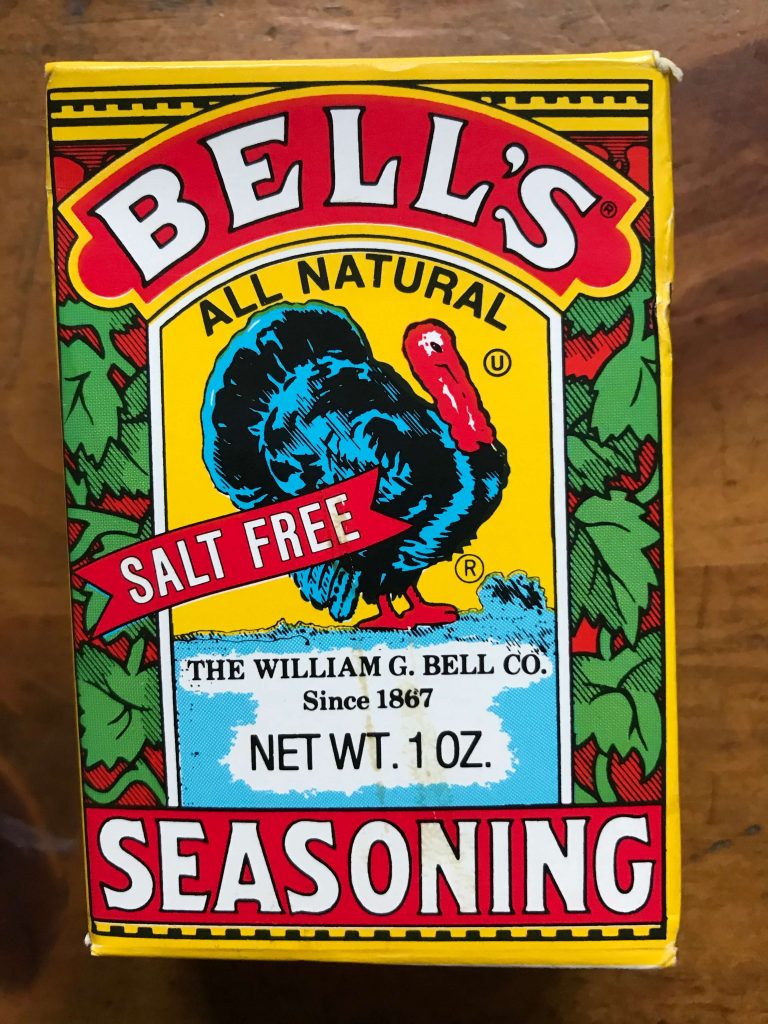 Tastes and traditions of Bell’s Seasoning go coast-to-coast, with its roots firmly planted in New England.

When I was a child in San Diego, New England was more hypothetical to me than anything else. The stories that Dad told us of his childhood in Cohasset seemed more far off and foreign than Mom’s stories about growing up in the Philippines, nestled as we were in an enclave of the Filipino diaspora. Yes, pieces of our Yankee heritage were peppered throughout our house: the table in the dining room and the trunk in the front hall bore the names of the ancestors who made them. Above the fireplace hung a painting of the New Hampshire family farmhouse, and on the bookshelf were dog-eared copies of Robert Frost and Robert McCloskey. Among my favorite stories were Blueberries for Sal and One Morning in Maine, but the peaceful coast that these books depicted (with its piney shoreline and steepled churches) seemed fictional to me. I was a child of palm trees, ragged coves, and crashing surf; on our beaches, lobster boats and clambakes were nowhere to be found.

Thus it happened that our primary link to New England and its traditions was our kitchen. Specifically, the Yankee side of the family story took the form of Bell’s Seasoning.

The jolly blue turkey was a cornerstone of our spice cabinet, perpetually perched beside the soy sauce and vinegar. Dad put Bell’s Seasoning on just about everything, vegetable, fish, and fowl. (Everything except desserts, like our favorite from Nana Bell’s recipe box: Blueberry Buckle.) I loved peering over the countertop as he prepared roast chicken, his signature dish: first, a drizzle of olive oil, next, a sprinkle of salt, and then the gentle tap-tap-tap of the yellow box and the snowfall of seasoning that it produced. As he stirred flour into the glossy brown drippings, he spoke of his grandmother who loved nothing more than roasts and cranberry sauce. He served the gravy out of a boat that had been passed down through her line. He cut through the crisp, still-dusty chicken skin with a carving fork that his grandfather’s grandfather had whittled from an animal bone.

Long before I could identify the flavors of rosemary, marjoram, or sage, I loved how they connected me to the life that Dad had lived long before I existed. I might never have seen a snowflake or walked a trail with the blaze of autumn underfoot, but I could relate to Sal with her love of blueberries. Between buckle and Bell’s seasoning, a New England childhood had a taste that I knew.

My family moved to New Bedford the year that I turned eight, and we began to fill in the gaps of our acculturation. In the summertime, we piled into the van and made our way up to the farmhouse, just as Dad had done. Our dog recognized the air around Newfound Lake and spent the last three miles of the journey with her nose pressed against the window. When the door opened she bolted out into the field, and we tumbled out right behind her. 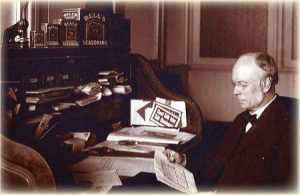 I split my time between shadowing Nana in the kitchen and rummaging through the cavernous attic, opening trunks and unearthing family treasures. Grandpa William G. Bell in particular,
had taken time in his life to leave a record to posterity. In a typewritten manuscript, he described a childhood in New Hampshire, the family garden and the herbs and spices that his mother, Sophronia, taught him to gather from it. He possessed from boyhood an irrepressible entrepreneurial spirit, raising hens and collecting ashes for pennies as a child, persuading his father to let him drop out of school to take a job at the ripe age of 11. When he was 18, he took a job with a pork merchant in the bustle of Quincy Market; four years later, he founded the company that bears his name. In the early days of the William G. Bell Co., he developed a line
of seasonings for pork, sausages, and poultry. His timing was impeccable, and his business spirit keen enough to grasp at the opportunities presented by the new national holiday. Within his lifetime, he saw his poultry seasoning become synonymous with Thanksgiving turkey. 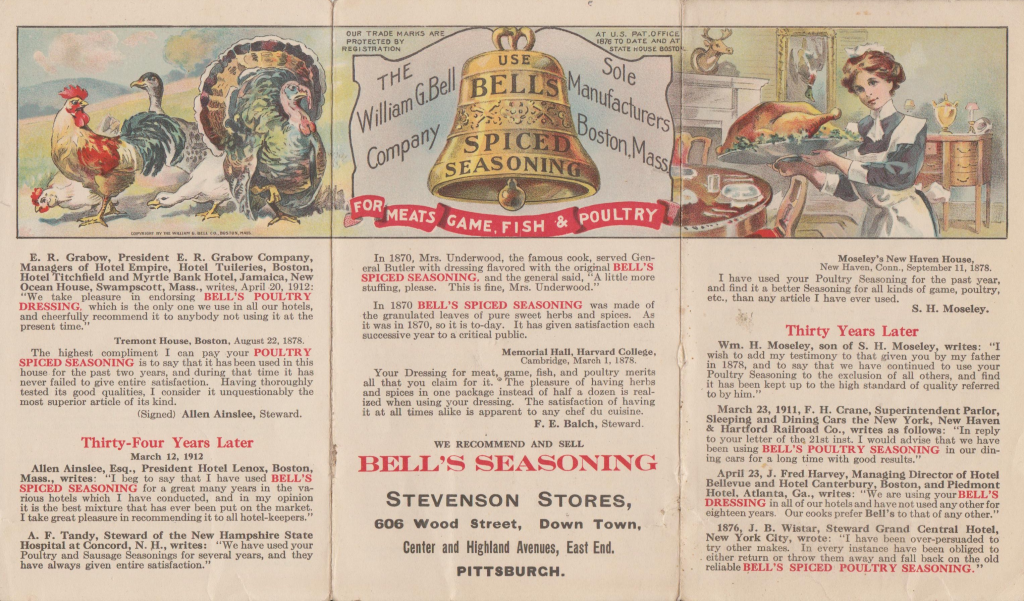 I came to know my forebears through the things that they passed on: many recipe cards and diaries, sturdy tables, and place settings plentiful enough to nourish an army.

Nana taught us how to stoke a fire in the wood stove and stir pancake batter using a wooden spoon whose handle had been dimpled by decades of use. She spoiled us on syrup drawn from the sugar maples that blazed on the hillside. 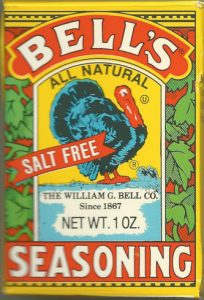 The jolly blue turkey was a cornerstone of our spice cabinet, perpetually perched beside the soy sauce and vinegar.

When Thanksgiving came, she showed us how to bring a pie crust together without over-kneading, how to stir flour into pan gravy without it clumping, and how to season the stuffing without spilling the whole box of Bell’s into the mixture (the gentle tap-tap-tap to the side of the box). We crowded our food onto plates that my dad had eaten off of as a kid.

I came to love the steady New England stock that, without any pomp or circumstance, could carry these good and wholesome things through to the new generation.

I, too, love the taste of Bell’s because I cannot define it except in emotional terms: understated and steady, homey enough to create a pocket of New England even in San Diego’s perpetual summer. But for me, its magic is something far more quotidian than Thanksgiving.

This is your seasoning, the tiny blue turkey seems to tell me, put it on everything. Use the old ancestral china and let your children add their nicks to it. Trust in the good that your forebears built for you. Know that old recipes work just as well as new ones.

And so I tap-tap-tap it into everything, blending a proud legacy into a humble daily routine. 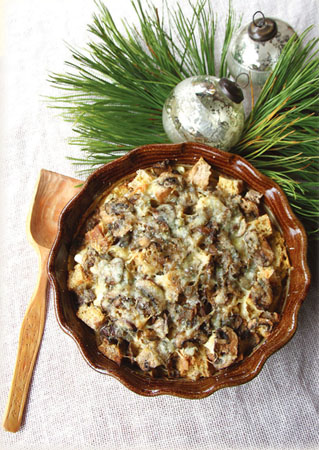 This makes a wonderful main dish for those who skip the turkey and is equally delightful to those who do not.

Ana-Maria Bell traces her lineage in food: to the wharves of Boston and New Bedford on one side, and Philippine mango farms on the other. She is pursuing a master’s in gastronomy at Boston University, investigating a theory that good food can heal the world.