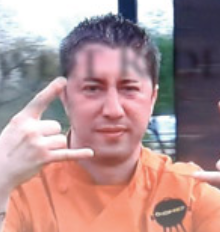 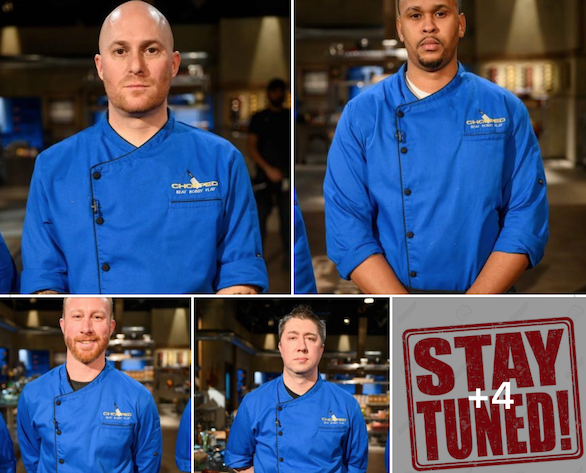 Chef Stephen Coe took home bragging rights and the $40,000 grand prize last weekend on “Chopped: Beat Bobby Flay”, a five-part Food Network series which wrapped up on Sept. 6. In the final episode, Chef Coe beat out the remaining two competitors and advanced to the final round against Bobby Flay himself. Whipping up a free-form lobster ravioli dish which the judges deemed masterful, Chef Coe beat Bobby Flay in a highly entertaining final round.

Chef Coe’s agility and creativity in the kitchen have earned him accolades in cooking competitions around the world, humbling even Bobby Flay who said “I don’t want a rematch” after the judges crowned Coe the winner.

“This competition was so rewarding because, in order to even get to the final round and compete against Bobby Flay, I had to beat out fifteen other really talented chefs,” said Chef Coe, who currently serves as the Executive Chef at Marshfield Country Club in Massachusetts. “I’m calm under pressure and I know how to add creative elements to a dish to make it stand out. I just love the art of taking surprising ingredients and turning them into something nobody expects to love, but do.”

Coe is internationally known for his fierce competition in a variety of high-profile cooking throw-down competitions, including his most recent “Chopped: Ultimate Redemption” win in 2019 (see below). He also holds the titles of “World Bacon Champion,” winner of the “World Food Championships” and “Grill Master” from the Food Network series “Chopped Grill Masters.” Coe’s other notable accomplishments include winning the Grand Prize in the Food Network’s “Tyler Florence Recipe Contest” and the American Culinary Foundation’s “Boston Junior Chef of the Year.” He previously served as a consultant for Food Truck Nation.

Stephen Coe is a graduate of the prestigious culinary arts program at Johnson & Wales University and completed a certificate in French food and language at Institute François des Alpes in Annecy, France. He previously served as Executive Chef at the Matadora in Woburn, Mirbeau Inn & Spa at The Pinehills and BOKX 109 American Prime at Hotel Indigo; and led the kitchen of Alba Restaurant in Quincy. He is a strong advocate of sustainable agriculture, sourcing his own honey and seasonal vegetation from local farms in Plymouth. Coe volunteers his time and talents at the Boston and Rhode Island food banks, Share Our Strength, the Matt Light Foundation, Hockey Cure for Kids, the Boston Rescue Mission, and Meals on Wheels. He is currently working on his first cookbook.

The article below is from 2019. Stephen Coe, 3X Chopped Grand Champion, is currently part of the 2020 series Chopped: Beat Bobby Flay which is down to the final four! Tune in September 6, 2020 @9pm to the see the Chopped tournament finale! One of these badasses will be the last man standing to advance into the finale and throw down against Bobby Flay for a chance to take the title from him! #chopped#beatbobbyflay #culinarykevlar #letsgetreadytorumble #culinaryfightclub #allornothing #workhardersuckless #foodnetwork #sundaysuspense #thirdcoastculinary #culinaryswatstreetteam #privatechef #foodtruck #competition #bringiton @ Harlem, New York City 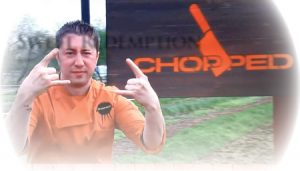 Mayflower Brewery was abuzz on December 11th as over 150 people paid close attention to a big screen TV tuned to Food Network’s “Chopped Ultimate Redemption.” Stephen Coe, the owner of the local S.W.A.T. Culinary Assault Vehicle and a former winner of America’s Hometown Throwdown chef competition, was competing on the show, his third appearance on Chopped. The curveball was that he was the only one in the building to know the outcome. “I didn’t even tell my wife how I did,” Coe said with a laugh. “The drama of the show, the expression on people’s faces, it was great,” he added.

Did he win? Keep reading and find out!

The night started two hours before the broadcast with “bites n beers,” where Coe and his team served up dishes from his S.W.A.T. Culinary Assault Vehicle; By the time the show started at nine the crowd was revved up. “I took some chances on the show, it was good TV drama, and I overcame the challenge of being too aggressive,” Coe said of his performance. “I compete all the time, it’s what I do.”

Coe made the second round of the competition and the crowd breathed a
sigh of relief, high-fiving each other like they were watching a Pats game.

Besides a celebration, the night was a fundraiser for Boston Rescue Mission and also for a 3-year-old little girl, Emerson Lucier, battling leukemia. Money raised would assist her family in defraying her medical costs. “We had the opportunity to help, so we did. The whole team was great, as was Mayflower. We love our local brewery,” Coe added.

Jeffrey Nardone, director of sales for Mayflower said, “He’s a local guy, making food for local people using local suppliers which makes him a great addition to our community.”

Coe has been cooking since he was eight years old, filling donuts at Pomeroy’s in Bridgewater with his grandfather, and he loved everything about the culinary industry. He’s worked most every kitchen job since then, always learning. He recently began training to be a Master Chef, which could take up to two years. His goal is to open his own chef school with a “karate school” concept. “There would be different levels depending on the student, with various workshops, like a modern-day home ec class and also an opportunity for local restaurants to send their cooks and chefs to be trained as well” he explained.

More cheers as Coe makes the final “Dessert Round”.

When not on TV Coe is also busy running his Defined Palate catering company as well as two new restaurants inside the Woburn Hilton: Matadora (Spanish) and The Rivet Room (modern steakhouse). How often is he at the restaurants? “I’ll be at both every day for the next two years,” he says.

A little before 10:00 pm Chopped host Ted Allen announces that Stephen Coe has WON the Chopped Redemption episode and the crowd goes wild!

“It was a great event, we raised some money, and we got to tease some new menu items too,” Coe said. Mayflower’s Nardone added, “When you see someone like Steve continuously putting himself out there to benefit the community, it’s easy to recognize how much we can all be part of helping from within.” Even when he’s not competing Stephen Coe seems to be winning.

And by the way, if a contestant makes it to the final round, those “hour long” Chopped episodes take 16 hours to film!

Mike Gioscia is the president of the board at The Soule Homestead in Middleboro and can be heard Monday through Thursday night’s on “Americanarama”, his radio show on 95.9 WATD.